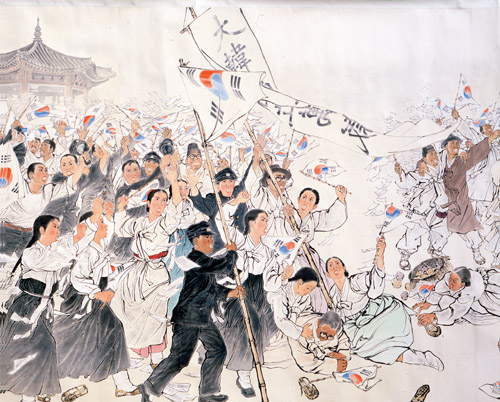 Following the March 1st Independence Movement, portrayed above, another mass uprising took place at Aunae Market in Cheonan led by Yu Gwan-sun on April 1, 1919. Provided by the Cheonan government

Like Joan, executed by the English in the 15th century, Yu died young, at the hands of the Japanese military.

Both are remembered fondly as leaders who inspired others to fight for independence.

The details of Yu’s life are sketchy. The only possession she left behind was a hat that she knitted for her cousin. Not even her remains survived her tomb’s destruction by the Japanese military.

But the story of the young girl’s fight for her nation’s independence from Japanese colonial rule (1910-1945) has been passed down through the generations. 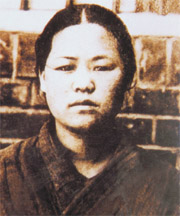 Yu Gwan-sun after she was arrested in 1919. [JoongAng Ilbo]

She was born in a small town called Byeongcheon in Cheonan, South Chungcheong.

Despite its size, the town is rich in history. Yu led an uprising in 1919 at Aunae Market, which looks today like any other in Korea.

So what happened here 89 years ago?

On March 10, 1919, Yu, then a 17-year-old student of Ewha Hakdang in Seoul, the first women’s educational institution in Korea, returned to her hometown. 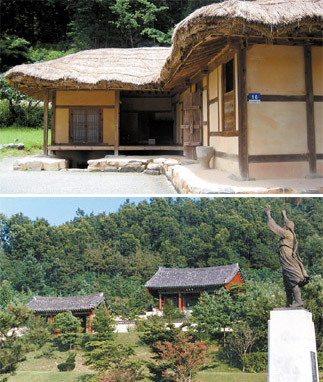 Japan had temporarily closed the school after Yu and other students participated in the March 1st Independence Movement and subsequent protests in the capital.

The authorities were concerned that such movements might get fiercer.

“Yu was a determined, tenacious girl. Although young, she was firm about what was right and wrong, and she fought for her beliefs,” said Kim Jeong-ae, a representative of Yu’s family descendants.

Kim is the daughter-in-law of Yu’s older brother, U-seok. 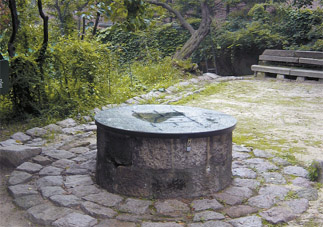 A well at Ewha Girls’ High School (then Ewha Hakdang) used by Yu while she attended the school. By Kim Hyung-eun

Yu, her family and friends planned a massive demonstration at the market on April 1. It was market day. They went around persuading scared and hesitant people to participate in the rally on that day.

At night, they printed national flags to be used that day.

The night before the planned rally, Yu climbed Mount Maebong near her house and lit a torch, signaling the start of their revolution. 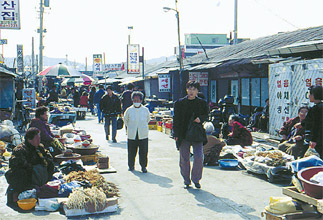 Japanese soldiers killed 19 protesters at a rally for independence led by Yu Gwan-sun in 1919 at the Aunae Market, pictured today. Provided by the Cheonan government

Twenty-four other torches were lit on mountaintops around the region confirming people’s participation.

“Three thousand people showed up from nearby areas, according to records and testimonies. This was an amazing achievement because Yu and the others only had two weeks to persuade people and plan the event,” said Ryu Geun-chang, the president of the Yu Gwan-sun Memorial Committee.

“Although it was a peaceful march with people waving flags, Japanese soldiers fired into the crowds and cut them down with swords,” Ryu added.

Nineteen people, including Yu’s parents, died, and 48 were severely injured.

“After we fired at them, some dispersed temporarily. But they gathered again, defying our order and taking over the entire market. [...] We called for backup. We used weapons to put down the demonstrators,” wrote General Utsunomiya Taro, the commander of the Japanese Army Command in his journal on Sept. 29, 1919.

The Japanese military captured Yu and two others who had helped organize the rally. They were sentenced to five-year jail terms.

Ryu said such a heavy sentence on participants captured at a peaceful march was unprecedented.

“I am ready to die for my country. If only one-tenth of our 20 million people [Korea’s population then] decide to do the same, we will win back independence,” Yu wrote to her teacher at Ewha, Park In-deok, from Seodaemun Prison in northern Seoul where she was incarcerated.

The letter suggests that Yu was not worried about death. She continued to criticize the Japanese military and call for independence.

In prison, she endured brutal torture, according to Yu’s memorial committee, but this did not deter her from organizing an independence rally within the prison on March 1, 1920.

She died on Sept. 28 that year as a result of malnutrition, torture and a ruptured bladder, the committee said.

Yu’s corpse was returned to Lulu Frey, who was the principal of Ewha at the time, only after Frey had persisted for two weeks.

She was buried at Itaewon Public Cemetery but her grave was destroyed when the Japanese set up a base at the site.

The Korean government posthumously awarded Yu the Order of Merit for National Foundation in 1962.

“She makes me wonder, if I were back in my teens, would I have the courage to die for my country?” said Go Mun-ok, 46, standing in front of Yu’s tomb, which was built to house her spirit.

Go and her husband Kim Sang-cheol were visiting the Yu Gwan-sun Historic Site, which includes the tomb in Byeongcheon at the foot of Mount Maebong.

There’s a memorial hall and monuments as well as Yu’s house, which has been rebuilt since the Japanese military torched the original.

“Until the 1990s, there was some false information about Yu. It was said that her body was found chopped into six parts. But by the 100th anniversary of Yu’s birth, we corrected most of [the inaccuracies] based on historic records and firsthand accounts by people who knew her,” said Ryu.

“Our next goal is to publish books about her in English, Japanese and other languages, so not only Koreans but the international community can be inspired by her courageous story.”