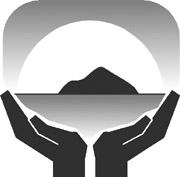 A deserted island called Pedra Branca lies at the eastern entrance to the Singapore Strait from the South China Sea. There are frequent mentions in ancient records of boats taking shelter at the island when encountering a storm, and some boats sank after running into the rocky shoreline. Clearly, this was a strategic passage.

This island is only 130 meters long, 60 meters wide, altogether 8,560 square meters, or less than a hectare, in size. That makes it one-twentieth the size of the Dokdo islets.

For 28 years, Singapore and Malaysia have bickered over Pedra Branca. In the 19th century, the island was under British rule and after the colonial power left, it fell into the hands of Singapore.

The dispute started in 1979 when the Malaysian government started to lay claim to the territory. In protest, Singapore banned Malaysian fishing boats from the vicinity.

The two states could not find a negotiated settlement, so they submitted the matter to the International Court of Justice. Singapore argued that its dominion over the island began with the construction of a lighthouse in 1847, since it was a deserted island before then. Malaysia presented historic documents arguing the island had been under its control since the times of the Sultanate of Johor, before British rule of Malaysia.

Last May, the international court accepted the argument that the island was the original territory of Malaysia but that it now belongs to Singapore. The critical reason was Malaysia’s tolerance of the fact. Since the Malaysian government had sent a letter stating, “We will not argue ownership,” in 1953, it had not argued against Singapore’s rule over the island until 1979.

As in this case, recent decisions by the international court respect the actual governing of the territory in dispute. But we cannot be sure that this tendency applies directly to the Dokdo case. Unlike Malaysia, Japan has argued continuously that Dokdo is its territory every year since the “Syngman Rhee line” proclamation in 1952.

Furthermore, after the decisive day the dispute issue became more specific, the court ruled that actions taken since had no effect over the right of dominion. This is why we should establish the logic for international law, and research our case with cool heads rather than building hotels and sending in the Marines.

Even if Japan requests a resolution through the court, if the other side does not agree, no ruling can be reached. But we do not know which way international opinion will blow. We should be prepared for every eventuality.