Cycling around Seoul in style

Cycling around Seoul in style 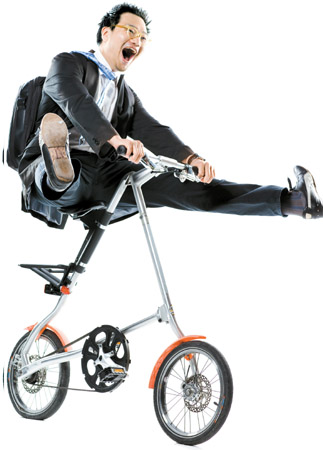 Hong Seok-hwa, an office worker who cycles to work, thinks his bicycle is a fashion statement. [JoongAng Ilbo]

When older Koreans see bicycles, they often think of the Korean soap opera “Country Diary, in which the son of a rural family roams around his village in his old bicycle.

For the younger generation of Koreans, however, bicycles are a fashion statement.

A clay animation director, Hong Seok-hwa, 35, started riding in February. From his home in Sinsa-dong to his office in Samseong-dong, he spends 20 minutes commuting every day. He can make it to appointments that are anywhere within an hour and a half by bike. For him, traffic or cost has nothing to do with his bike. It’s a matter of style.

On a recent weekday, Hong was neatly dressed in a business suit and hip yellow glasses.

“I’m sweating, but how can I give up my style? I have to stay in good shape,” says Hong, folding up his bicycle. “Isn’t it stylish when I fold this up and hold it on one side?”

Hong’s bicycle is called the Strida, an English model that costs about $400. In Korea alone, more than 30,000 bicyclists own the Strida. The bicycle, with its unique frame, has earned a reputation as “the most beautiful triangle in the world.” Also, it has a greaseless Kevlar belt to replace the traditional oily chain.

One disadvantage of the Strida is that it is unable to shift gears when on an incline. In these conditions, it is better to push the Strida along. Yet this defect does not reduce Hong’s affection for his bicycle. “It’s beautiful when folded and set in one place,” he says. “I feel proud whenever I am on the subway or in restaurants with this. If I sweat, I can take off my jacket, and if I am too tired to ride, I can fold it up and take a cab.”

Seven years ago when Hong underwent a knee operation, he was unable to even climb up hills. But since he’s begun riding, Hong’s knee has recovered. He’s also lost three kilograms (6.6 pounds). Plus, he’s saving money on car maintenance. Hong also points out that he tends to care for his fashion and style, rather than just giving up. 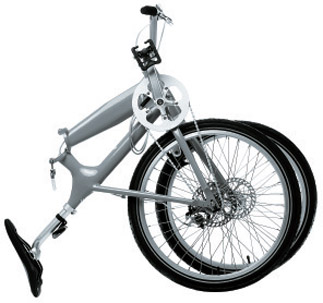 Jachulsa, which means bicycle commuter in Korean, is the name of a local blog on the Web portal Naver. With 198,000 members who bike to work, hundreds of photos and posts are uploaded on to the Web site’s bulletin boards every day. The members even meet off-line at regional gatherings.

When this Internet community was first established in 2003, the posts were mostly used to share practical information on what kinds of bicycles are out there, how bike riding could benefit one’s health, how economical it is and so on.

After four years, people began to talk about fashionable bicycle accessories and outfits. Jachulsa has even influenced the fashion industry.

Paul Smith, Emporio Armani and other luxury brands have plans to release their own bicycles. Sports brands and fashion houses have introduced special footwear for cycling with a thin sole for a firm grip while pedaling.

Moreover, cycling accessories such as wristlets and helmets have diversified and turned stylish. Jackets worn for UV protection, previously made only for golfers, have been released. 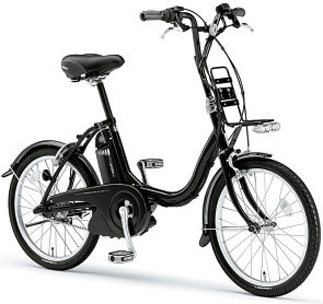 As the fashion industry gradually grows more interested in bicycles, they are being regarded as a necessity for trendy people rather than simple transportation or exercising equipment.

For female bike fans, one hot topic is how to ride a bike while wearing a skirt and high heels.

On the San Francisco Bicycle Coalition Web site (www.sfbike.org), an American woman named Lisa Foster writes, “For all you diva cyclists out there: don’t despair, it’s easy to wear skirts and heels while riding a bike.” She goes on to say: “Here is my solution to skirts that flip up: find an elastic band that fits around your thigh ... then attach a safety pin to it, and slip it on 6 inches or so above your knee. When you get on your bike, fasten that safety pin to the inside of your skirt...

“Platform shoes may require you to move your seat up, and stilettos can get jammed in the pedals. Wedge heels are perfect. Whatever you wear, just make sure to keep the ball of your foot on the pedal and let your kitten heel swing in the breeze.

The fact that this article has gained attention in Korea proves that bicycles have laid down their style roots.

Do the electromotion with me

Chanel, Gucci, Armani, Paul Smith and other luxury brands have introduced designer bicycles one after another.

As photos of Hollywood stars such as Lindsay Lohan, Tom Cruise and Angelina Jolie have reached the public, the market for luxurious bicycles has seen new demand. Trendsters should note that this is the right time to get their feet onto pedals.

So which bikes look best? Minivelo models are currently quite popular among bicycle lovers, and then there are electromotion hybrid bicycles that are partially propelled by electricity.

A minivelo is a small bicycle with wheels less than 51 centimeters in size. The term is a portmanteau of “mini” and “velo,” from the French word meaning for bicycle. Many are foldable. Although they’re slower than road bikes, faster minivelos that can run up to 25 kilometers per hour (15.5 mph) are entering the market.

The most popular brand of minivelo is the Strida of the U.K. The Brompton, also from the U.K., is popular despite its high cost at $2,000. The Dahon of the U.S. is gaining positive attention from the younger generation, too.

Lee Sang-ho, the vice president of Sanbada Sports, which imports Stridas, explained, “Instead of buying low-priced practical bikes, the number of people looking for beautiful bicycles is increasing. Also, the age range varies from as young as students to even people in their 50s.”

“Electromotion bicycles use lithium batteries, which cost up to $1,500, making them four to five times more expensive than normal bicycles. However, they’re considerably less expensive than cars.

“Electromotion bicycles that use lead batteries, which cost about $300 to $500 can be cheaper but I don’t recommend them since the battery is too heavy and they don’t last as long,” Choi added.