Summer music programs at the Seoul Arts Center will feature a number of orchestras and chamber ensembles such as the Gangnam Symphony Orchestra.Provided by the organizer

If rock music isn’t your musical inclination, don’t worry. The Seoul Arts Center in southern Seoul is holding a series of concerts that might suit your taste this summer.
To mark its 20th anniversary, the center will be holding pop and classical music events in a quiet, air-conditioned concert hall.

“The Best Classic” will feature a string of celebrated orchestras such as the Gunpo Prime Philharmonic Orchestra, Seoul Tutti Ensemble and French Chamber Orchestra. Beethoven, Mozart and Tchaikovsky will be on the program.

“It will be a beautiful panorama of the world’s best classical music, and the performers will play the most well-known movements of the most famous symphonies created by celebrated musicians,” Kim said.

The organizers are going to include a commentary by Hong Seung-chan, a music critic and professor at Korea National University of Arts because they are expecting a lot of students. Hong’s input should add an extra dimension to the concerts.

“Summer Chamber Music,” meanwhile, will make the music more personal this summer. The organizers have moved the program to the Recital Hall, which has 350 seats. The usual venue, the Concert Hall, holds 2,523 seats. 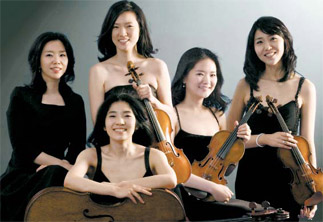 Cielos Ensemble. Provided by the organizer

Songs include “Swallowtail Butterfly” by Kim Heung-guk, “Tell Me” by Wonder Girls and “I Won’t Love” by Baek Ji-yeong. 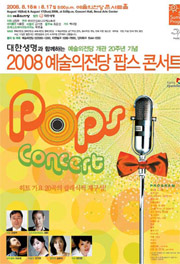 Pops Concert will showcase hit songs in Korea. Provided by the organizer