Firebrand pitcher mellows, but has no regrets

Firebrand pitcher mellows, but has no regrets 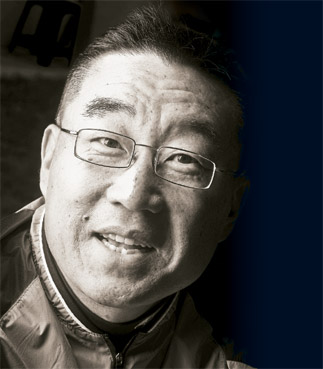 The Lotte Giants have been the darling of the Korea Baseball Organization so far in 2008, and they are in a good position to reach their first playoffs since 1999.

Their improbable run toward the postseason has brought raucous Busan fans back to the stadium, making the Giants the most popular team in the league with a gate of more than 1.05 million fans over the first half of the season. They’re the only KBO team with more than 1 million in first-half home attendance.

The Giants’ success brings to mind the team’s glory days in the early 1980s. They first won the Korean Series championship in 1984. But the man so instrumental in that heyday is nowhere to be found in Busan today.

Choi Dong-won, 50, a fireballer of a right-hander, retired from professional baseball after 1990 with a most valuable player award, two 20-win seasons and two sub-2.00 ERA seasons under his belt. He is now manager of the Hanwha Eagles’ minor league affiliate, based in Cheongju, North Chungcheong.

When the JoongAng Ilbo met Choi during a game in late June, the former power pitcher, who wore his emotions on his sleeve while playing, came across much mellowed. Choi talked about his playing career, his post-retirement life, and his dreams outside baseball.

Q. In high school, you once pitched four straight complete games. You had a 17-inning no-hitter. You won 27 games in 1984 and pitched in five games in the seven-game Korean Series that year. Was it your competitive edge that drove you to such extremes?

Choi Dong-won with the Lotte Giants in 1983. [JoongAng Ilbo]

A.That’s part of the reason but more importantly, I was simply doing my job. Baseball is a team sport and for the team, everyone had to do his part. When the victory was right there to be taken, I couldn’t bring myself to tell my teammates, “I am exhausted.” In that 1984 Korean Series against the Samsung Lions, we overachieved just by forcing Game 7. And when that decisive game was on, how could I not give myself the chance to win it all?

They say your heavy workload in amateur ball shortened your professional career. And I heard you once admitted that by the time you got to the pros, you were already past your prime. Is that true?

Yes. But I don’t regret that because it’s all in the past. In that day and age, you had to win at all costs. And I happened to play in that era. Everyone has regrets but you have to move forward.

You didn’t get along with your teammates. Why was that? 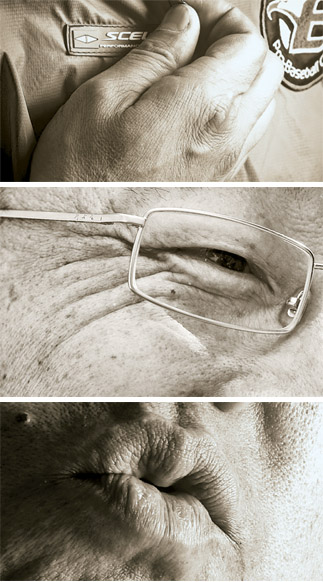 Choi Dong-won, former pitching great with the Lotte Giants, is now manager with the minor league affiliate of the Hanwha Eagles. He says he still loves the Giants and their home base Busan, also his hometown, but his loyalty today is with the Eagles’ organization. By Kwon Hyuk-jae

There may have been several reasons but I think the biggest one would be my role in trying to launch the players’ association in the mid-1980s. At the time, some guys weren’t making enough to make ends meet and I felt they deserved more for their role in bringing professional baseball to the country. [At the time, Choi fell out of favor with the Giants, who traded him to the Samsung Lions in a four-player deal in 1988.]

Would you say your uncompromising attitude might have caused friction?

I had some of that. But I just wanted to take care of my teammates. Unless a leading player was willing to take the initiative, no one would. I have no regrets whatsoever. I think I was just born with this hard-nosed personality and I never really tried to hide it.

Your critics have said you took such a hard stance just to stand out in the crowd and be noticed.

I wonder how they would feel if they’d heard the same thing about themselves. If you don’t want to get hurt by others’ comments, you shouldn’t be hurting others with your words. I’ve been really hurt by those ridiculous critics.

You had chances to play overseas, first with the Toronto Blue Jays in the majors. You could have become the first Korean there. What went wrong?

Toronto had signed me to a deal worth $610,000, but I had not served in the military at the time. I even met with former President Chun Doo Hwan to discuss a possible exemption but it never worked out.

And then the Lotte Orions (Currently the Chiba Lotte Marines) in Japan also showed interest. Did it fall through for the same reason?

The Orions’ manager Masaichi Kaneda suggested I be adopted as his son and become a Japanese citizen, because the team couldn’t have any more foreign players at the time. My grandfather was strongly against the idea. But I was a senior in high school then and had no idea what was going on.

We can’t talk about your life without mentioning your late father, Choi Yoon-sik. You admired him a lot but cynics have accused him of ruining your career. What do you think of those charges?

I’ve heard those whispers but my father never did things on his own without first consulting with me. He always respected my decisions. He would always tell me, “I will cover your back. If anyone wants to insult you or criticize you, they can come to me.” And that’s what some people have called “ruining my career.” He lived his entire life for his son but I don’t know if I can say the same about myself.

I understand your father urged you to retire early. Was the abrupt trade from Lotte the reason?

I think I retired at an appropriate time. My dad said, “Don’t show any weakness on your way out and don’t ever be forced to quit.” He wanted me to become something more than just a baseball player and I felt the same. The trade was a shock because I couldn’t imagine wearing a uniform other than Lotte’s. But that was no reason to retire. I understood the business side of the deal and played one more season before quitting. And I began a new life.

Tell us about that new life.

I worked as a television analyst and ran in the Busan local assembly election in 1991. I became more conscious about social issues after working for the players’ association. [Choi, who ran for the Democratic Party, lost to an opposing candidate.] I also acquired the exclusive Korean license to the American clothing brand Antigua but things never panned out. I think I was ahead of my time. [The controversial advertisement in 1995 featured the bare backs of a Caucasian woman, an African-American man and a Caucasian child. The brand never took off in Korea.]

Do you still have any outstanding ambitions, something you still wish to accomplish?

I do. But I will never tell. I will just keep them to myself, close to my heart, for the rest of my life.

Asked about his most memorable baseball moment, Choi picked the Korean Series championship for the Giants in 1984. He said just thinking about the games still gives him chills. He admitted he would love to return to Busan someday.

But Choi stressed he is with the Eagles’ organization now and his responsibility is to do the best he can to represent the current team. This is a man who misses his past but also wants to stay in the moment.