Decades ago, comedian Koo Bong-suh, 82, didn’t choose which movies he saw by his favorite actor, director or script writer.

Instead, he bought a ticket if his favorite byunsa, or live film narrator, was working.

Byunsa comment on silent films, explaining the plot and action much like subtitles did in Western silent movies. The narrators also provided the characters’ voices.

Last May and July, however, there was a byunsa revival. The Korean Film Archive screened “Crossroads of Youth” (1934), Korea’s oldest film on record, with narration by contemporary actor Cho Hee-bong. The screening took place at Seoul Art Cinema in Sangam-dong, northwestern Seoul.

In May, it received positive comments and all 328 seats were sold for its two-show run. 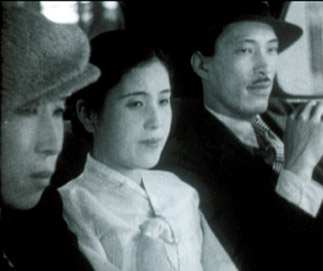 Scenes from “Crossroads of Youth

“The encore narration in July was for those who missed out last time,” said Min Byung-hyun from the Korea Film Archive. 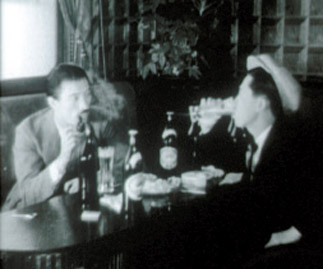 Following growing popularity of the narrated silent film, the Crossroads of Youth will be screened at the second Chungmuro International Film Festival in Seoul, scheduled from Sept. 3 to 11. Details are soon to be announced.

Comedian Koo is more than excited to revisit childhood memories. “Byunsa were like film stars,” Koo said. “A film’s success depended on them. They improvised additional acting and narration.”

There were also choruses or bands providing musical accompaniment to the film. An orchestra box was located in front of the screen.

Next month’s film screening offers all this, under supervision of director Kim Tae-yong, whose most recent work was “Family Ties” in 2006.

Cho Hee-bong again takes on the role of the byunsa. It is his job to entertain the audience and reinterpret the movie into contemporary form.

There is also a quartet that will add harmony to the film. “Since parts of the movie are still missing, narrating is really important for audiences’ understanding,” Cho says.

Crossroads of Youth, unearthed in March by the Korean Film Archive, is set in the 1930s.

The story goes like this: Young-bok (Lee Won-yong), who has been married into his wife’s family for seven years, decides to leave the countryside for Seoul where he finds work as a porter. He dates Gye-soon, a young attendant at a gas station.

Meanwhile, Young-ok (Shin Il-seon), Young-bok’s younger sister, travels to Seoul to find her brother. But she ends up getting raped and working at a cafe.

To Cho, a byunsa is an all-around entertainer who plays the actor, director and screenwriter. “The film satisfies different genres - action, melodrama, new-school and comedy,” said Koo. “The silent film has been reborn.”

Korean theaters in the early days weren’t a place simply to screen films, according to Koo.

“Either before or after the film, there were actresses or musicians performing chang, a traditional narrative song, magic or gags.”