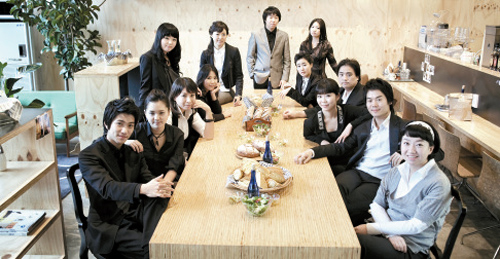 Joy of Strings invites classical music fans to its Summer Music Concert this month. They will play familiar classical pieces such as Vivaldi’s “Four Seasons.” Provided by the organizer


Joy of Strings, a 15-member chamber ensemble, is celebrating its 10th anniversary this year.

Formed by violinist Lee Sung-ju, a professor at Korea National University of Arts, Joy of Strings comprises prodigies barely in their mid-20s.

The ensemble is marking its big anniversary with a performance at the Summer Music Concert at the Sejong Center for the Performing Arts later this month.

The musicians welcome anybody interested in listening to chamber music, but the target audience is young people like the musicians themselves.

“The artists didn’t want to give rigid and formal classical concerts and really want to appeal to young students who are on their summer vacation,” said Song Jeong-jin from the concert organizer.

The program at the Summer Music Concert will include familiar pieces such as Pachelbel’s Canon in D, Grieg’s Holberg Suite, Vivaldi’s Four Seasons and work by the Argentinian composer Piazzolla and Tchaikovsky.

To help the audience better understand the music and the stories behind music, Lee will give a commentary during the concert.

The young ensemble has held concerts at numerous venues across the country and abroad over the years.

They include the Christmas Concert at the Hoam Art Hall in 2002, the Great Mountains Music Festival and School in 2004 plus a tour of Korea with Japanese pianist Yuhki Kuramoto, also in 2004.

“Because our members are young, we have fun practicing and playing together,” said Lee Yun-ji, a violinist with the ensemble.

“We’ve been perceived as just a student ensemble so far, but from now on we hope to become a recognized professional ensemble.

“For that reason, we chose works that we haven’t tried before. We’ll also be playing with our music director, Professor Lee.”

The musicians said they hoped to perform more regular winter and summer concerts in the future.

Joy of Strings will perform its Summer Music Concert at 7 p.m. on Aug. 25 at the Chamber Hall of the Sejong Center for the Performing Arts, downtown Seoul.