Memories of a city-village called home

Memories of a city-village called home 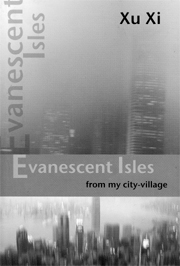 Readers of Xu Xi’s “Evanescent Isles: From My City-Village” who don’t know much about Hong Kong may want to start at the end of her book.

In her coda, Xu presents a mock interview with the city. Hong Kong, using the collective “we” to refer to itself, recounts its journey from being a “pipsqueak of no consequence” to a thriving city choked by pollution and struggling to keep from being swallowed by mainland China.

Xu highlights the city’s ongoing search for identity. Who is Hong Kong? the city asks. Are we a product of our British colonialism? Are we Chinese, like our brothers on the mainland?

The author concludes that Hong Kong’s identity lies hidden in a haze like the one that covers its skies. She’s sure it’s there even if she can’t put her finger on it and she attempts to nail it down by writing the series of essays that fill the book.

A series of op-ed pieces written by Xu under the pen name Loong Hei, Chinese for Dragon Breath, tackle some of the most pertinent issues facing the “evanescent isles” - the survival of Hong Kong culture after the handover back to China and the mainland’s allowance of economic freedoms while limiting political ones, to mention a couple.

The author begins the book with her memories of childhood. This section provides some of the most engaging reading. Xu tells stories of being forced into the science track at her school by a mom who thought she knew best and late-night ramblings with a melancholy dad after his business failed. This last one coincided with the start of her writing career.

Xu’s essays aren’t all about China’s threat to Hong Kong identity. She also details the changes modern society is having on the islands, such as young adults no longer giving half their first paycheck to their parents. This sounds like changes taking place in Korea.

In the second section, “Forget Not,” Xu revisits conversations with her dad. In the essay “Conversation Space,” she writes, “For years I’ve been enchanting audiences and the media with the story of my youthful ‘awakening.’” What follows delves into her personal experience, which is fun to read, but the beginning makes the reader ask, “Did I really just read what I think I read?” It’s a good thing Xu’s writing is stronger than her modesty, at least for the most part.

In another essay in this section, what begins as a somewhat interesting story about falling in love on a daily commute becomes a disjointed essay linking the disappearance of minibuses to the abandonment of Hong Kong’s past. This is followed by an essay on airports, which ties into Xu’s work for Cathay Pacific Airways. While airports have so much activity that they provide enough material to be interesting, this essay misses the mark. The final one in the section is the best of the three as Xu again tells the personal stories of her life.

A Hong Kong native herself, Xu grapples with a subject she’s been observing all her life. Readers can follow along as she attempts to give evanescence some substance.