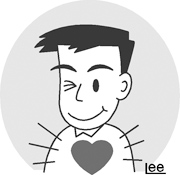 Seo Gyeong-deok of the Joseon Dynasty whom Hwang Jin-ee, a celebrated gisaeng, loved dearly, must have been handsome.

Casanova, famous for his affairs, and Felipe II of Spain, the husband of Queen Mary I of England, were classically handsome men who featured in European history.

China, too, has had its share of legends regarding good-looking men.

Pan Yue of the Jin Dynasty must have also been quite a striking fellow. Apparently, women who saw him on the street would lose all sense and follow him.

There is a Chinese tradition in which women throw things at men they like as an expression of their feelings. It was the same back then, so when Pan went out in his cart, it quickly filled up and overflowed with fruit from his admirers. Thus the expression “Throwing fruit to fill carts,” was born.

But, according to historical records, it was not just Pan’s looks that brought him favor. His facial expressions also exuded charm. If he were just handsome, then the annals of history would not have written about him so elaborately and in such detail that he is known to this day. Pan must have also possessed a magnetic personality.

That is why we like the Korean word hunnam, meaning “warm man,” which is widely used today on the Internet.

Liking someone based solely on his appearance is no different from preferring good-looking TV stars.

We like the word hunnam because it judges a man based not only on his looks, but also on his values.

Many hunnam in the Olympic Games have moved us in their sincere effort to pursue the true values enshrined in the Games. Besides the hunnam, there are also many hunnyeo, “warm women.”

The efforts by our women’s handball team and by Jang Mi-ran, a gold medalist in weightlifting, among others, are indeed worthy of great praise.

TV broadcasters are already falling all over themselves to film certain hunnam and hunnyeo.

We can’t possibly judge the efforts made by our athletes competing in the Games by the color of their medals alone. The spirit they have shown is too precious for the materialistic and the dishonest in Korean society.

We should honor all our athletes who have shown true dedication. They are precious people, and role models for our society.

The writer is deputy international

news editor of the JoongAng Ilbo.