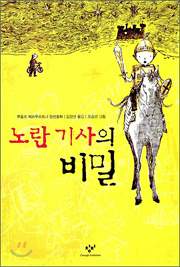 “The Secret of the Yellow Knight” by Rudolph Herfurtner tells the story of Pauline, a young girl whose parents are divorcing, and Lorenzo, a boy hidden away in the confines of the “Pizza Castle.”
The pathos of a child’s mind and the way young kids view that of adults works make this a moving portrait of family life for any reader aged 10 or over.
Ordinary Pauline doesn’t want much, just to see her mom and dad live happily together. But that seems unlikely.
Dad saunters off overseas and mom gets angry, often raising her voice. Pauline worries about her dad, especially when he talks about riding a camel through the Sahara desert or a horse over the Mongolian plains. She worries he’ll catch a fever.

One sleepless night, Pauline notices a car stop in front of “Pizza Castle,” a restaurant across the street. She sees a boy dragged inside, a child she later finds out was abducted. Worse to come, the abductor was her father.
“Wait, does that mean my dad’s a kidnapper?” she asks herself. The answer is shrouded in mystery, and when Pauline finally meets Lorenzo, she discovers he is autistic.
Lorenzo is clearly in a lot of trouble but he believes a battalion of toy soldiers will protect him.
So, despite the harsh reality of her own life, Pauline decides to save the poor boy, and starts by giving him a toy yellow knight she made herself.
There are no happy endings in this book. The moms and dads in real life cannot live “happily ever after,” and bitter reality will pluck the heartstrings of even adult readers.
The translator of the book is Kim Kyoung-yeon and the illustrations are by Cho Seung-yeon.