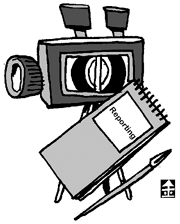 Six months since the inauguration of the new government, the discussion on the merger of public firms is ongoing. The media sector is no exception. According to the “Second Plan to Develop Public Firms,” the merger of the Korean Broadcasting Institute, the Korea Content Export Information System and the Korea Game Industry Agency under the Ministry of Culture, Sports and Tourism has been confirmed.

The merger of media support organizations has been hotly debated. A discussion forum that the Korean Society for Journalism and Communication Studies is holding on Sept. 5 to find ways to develop the newspaper industry will be a watershed. The merger of the Korea Press Foundation, the Korea Commission for the Press, the Committee for Local Press and the Korean Newspaper Circulation Service will be discussed at the forum.

The merger of these organizations will enhance efficiency. Many believe the merger of TV content promotion organizations under the Ministry of Culture is a necessary task in view of the media and genre amalgamation. On the other hand, people who are the subjects of the restructuring are protesting. They are arguing that “mergers for the sake of mergers,” wherein some of the employees are sacrificed, is wrong.

To develop the content industry, mediating between the government ministries beyond a simple merger of their subordinate organizations is important. While the Ministry of Culture is pursuing TV content promotion, the Korea Communications Commission has clearly stated the promotion of broadcasting content in the newly established Basic Communications Law.

There is also criticism surrounding the mergers. For example, the union at the Korea Press Foundation is pressing for the resignation of Park Rae-bu, the chairman of the board, who was classified as an ideological appointment by the previous administration.

However, a more basic issue is why the merger of media-related organizations surfaces every time an administration changes. The same applies to the debate on the public or private management of broadcasters and structural reform.

We wonder if the short-sightedness of the media industry and policy implementation according to pressing political interests have brought about the chaos.