Luxury for the masses

Luxury for the masses 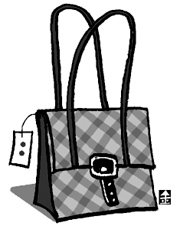 The famous luxury designer brands known to us today, such as Louis Vuitton, Hermes and Cartier, were born in the 18th and 19th centuries when the Bourbon and Bonaparte royal families ruled France.

Marie Antoinette, the wife of Louis XVI, spent more than her allocated $3.6 million to buy clothes. But thanks to overspending by the royal and noble classes, the French fashion industry grew. Jean-Baptiste Colbert, Louis XIV’s minister of finance, said, “French fashion is a French asset that is as valuable as the gold mines in Peru are to the Spanish.”

When the monarchy collapsed at the end of the 19th century, designer products were the exclusive province of the traditional European noble class and American nouveau riche.

Things changed dramatically after 1980. Designer brands declared they would make their products popular among the masses by targeting the middle class. This involved two strategies: the introduction of popular products and mass advertisement. The companies made products that the middle class could afford if they decided to, and opened thousands of shops all over the world.

The industries also launched attention-grabbing advertising campaigns. A Dior handbag ad with what appeared to be a lesbian drenched in sweat and a completely naked man in an Yves Saint Laurent perfume ad are prime examples. Thanks to these ads, designer brands became as widely known as Nike or Ford.

“Designer products transcend age, race and geographic and economic barriers. We have expanded our customer scope beyond the rich,” said a director of the internationally renowned designer group, LVMH, during an interview with Forbes in 1997.

Why does the middle class actually buy handbags and accessories worth thousands of dollars? It seems to stem from an image of successful, refined and sexy people.

The Japanese must be the most susceptible to this. According to 2004 statistics of luxury brand sales worldwide, the Japanese bought 41 percent, well above the 17 percent for Americans and 16 percent for Europeans.

Designer industries are now eyeing China and India as future markets. In 2006, India’s consumers bought $434 million worth of designer products and the figure is expected to reach $800 million in 2010.

Vogue’s August edition for India is facing intense criticism. The magazine features illustrations of the destitute wearing designer products. Vogue says it wanted to show that fashion is no longer the privilege of the rich. But isn’t “shocking” advertising just their strategy for the Indian market?