[Talk of the town]‘Bring on America!’ declares BoA with release of debut U.S. album

[Talk of the town]‘Bring on America!’ declares BoA with release of debut U.S. album 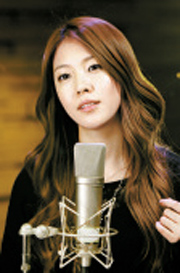 Female Korean pop star BoA will fulfill her American dream by releasing an album in the United States this year.

The 22-year-old singer has been preparing for her U.S. debut while performing in Korea and Japan, according to SM Entertainment, her agency, yesterday.

Meanwhile, BoA is holding a press conference with the slogan, “Best of Asia, Bring on America!” at the Imperial Palace Hotel in southern Seoul. The conference will focus on her upcoming U.S. debut. By Lee Eun-joo 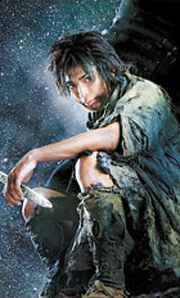 Badminton player Lee Yong-dae, 20, melted many a female heart last month with a cheeky wink after winning the mixed doubles badminton gold at the Beijing Olympics.

And now there’s a chance to see his other charms on display.

The two Lees played a match with the show’s regular cast, including Yoo Jae-seok and Park Myung-soo.

“Hidden Forest: The Last Princess,” will open the festival. The film will screen at 7:30 p.m. today at the National Theater of Korea in Jung District, central Seoul.

The film is a reinterpretation of Akira Kurosawa’s classic “Hidden Fortress” (1958) by Japanese director Shinji Higuchi.

Hidden Forest: The Last Princess takes place during Japan’s age of wars. The strong army of Yamana invades the weak country of Akizuki.

After Akizuki surrenders, Yamana realizes that a vast amount of gold and Princess Yuki of Akizuki have vanished, and orders a massive manhunt.

Dakezo, a miner who is running away from Yamana, stumbles upon the hidden gold and is threatened by a Samurai named Rokurota.