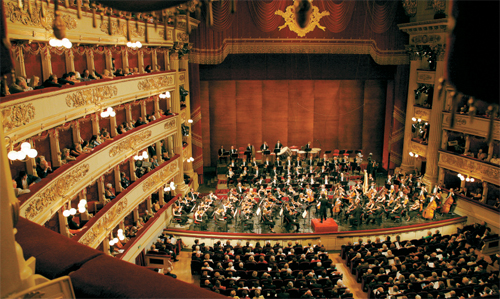 Musicians from Italy, Korea and China will come together this month for one of the most anticipated classical concerts this year.

Italy’s La Scala Philharmonic Orchestra will perform in Korea this week with Chinese pianist Lang Lang under the baton of Korea’s Chung Myung-whun.

The upcoming concert is part of the orchestra’s tour of Japan, Korea and China, and its third concert in Korea since 2004.

La Scala Philharmonic, founded by the conductor in 1982, is the resident orchestra at one of the world’s most famous opera houses, the La Scala Theater in Milan.

Leonard Bernstein, Giuseppe Sinopoli and Valery Gergiev are just three of the big-name conductors who have worked with the musicians. 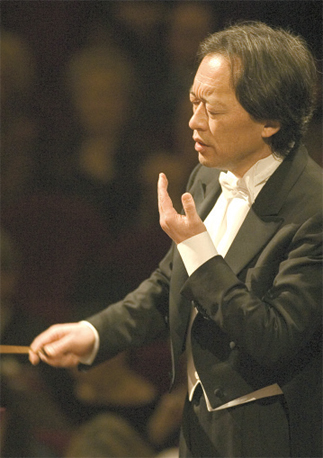 The baton of Chung Myung-whun

The program in Korea prepared by Chung Myung-whun includes Rachmaninov’s Piano Concerto No.2 in C minor, Op.18 and Mahler’s Symphony No.1 in D major.

In 2006, the orchestra began a new collaboration with conductors such as Chung, Daniele Gatti and Riccardo Chailly. Chung is leading the Asian tour this month as well as the North European tour and a concert in Germany planned for next year.

Rachmaninov is a special piece for guest pianist Lang Lang who recorded the piece in March 2005 with Russian conductor Valery Gergiev and the Orchestra of the Mariinsky Theatre.

“This is why a Rachmaninov melody is so popular but at same time so classic. This is a very unique combination that makes Rachmaninov such an unusual piece for a pianist emotionally.”

Lang recently performed at the opening ceremony of the Beijing Olympics and is still recovering from the excitement at the historic show. 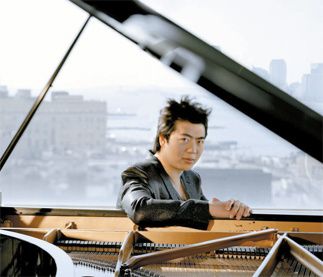 Chinese pianist Lang Lang, 26, will perform with the La Scala Philharmonic Orchestra in Korea. Provided by the organizer

He said his heart still pumps fast just thinking about the first night and the honor of representing China in a new generation.

But he also said it is an honor to be able to perform with the La Scala Philharmonic led by Chung Myung-whun.

“I have only worked once with [Chung] in Paris. I am certainly very excited to play with him in Korea because it’s his native country,” Lang said. “I have a very devoted Korean public. It’s really a wonderful feeling to perform in Korea.”

After the Seoul concert, the La Scala Philharmonic and Chung will fly to China for the Philharmonic’s debut in China.

Meanwhile, Lang is preparing for music festivals in London, Toronto and Chicago, among others.

It will perform at 8 p.m. on Wednesday Sept. 10 at Seoul Arts Center, Seocho-dong, southern Seoul.