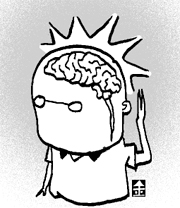 The three leaders later also all died from strokes.

Roosevelt passed away just two months after the meeting. A year before his death, he often suffered from shortness of breath, as his high blood pressure considerably weakened his heart.

At Yalta, he made many concessions to Stalin, often attributed to his illness. Owing to his poor health, in dealing with a matter of great consequence, he did a slovenly job that he was ashamed of, leaving a stain on his reputation in American history and diplomacy.

A year before his death, his 165-centimeter frame began gaining much weight. After his doctor was arrested for being involved in a “conspiracy of doctors,” he no longer trusted medical professionals.

In March 1953, Stalin failed to emerge from his bedroom following an all-night dinner at his dacha, He was later discovered partially paralysed. He fell into a coma and died four days later.

Even though there are no “what ifs” in history, had he received timely medical treatment, the Cuban missile crisis of 1963 might have escalated into full-scale nuclear war.

Churchill had been long plagued with obesity and high blood pressure, and attended the Yalta Conference with the aid of a respiratory device. However, he lived for 21 years more after the meeting.

Churchill was a heavy smoker, seldom seen without a pipe in his month. He was definitely a high risk candidate for a stroke.

However he was actively involved in politics until he was 81 years old, thanks to medication developed in the 1960s and his positive personality. He also lived to the ripe old age of 91.

After his third stroke, however, he failed to recover his health.

Recently, North Korea’s 66-year-old leader, Kim Jong-il, was reported to have collapsed from a stroke.

Strokes are the second most common cause of deaths among Koreans. Strokes are also referred to as paralysis according to traditional Oriental medicine.

The wind blowing from the north seems extraordinary.

Depending on which direction this wind blows, the Korean Peninsula will experience different degrees of anxiety.

We need to deal with this wind in a calm manner.