Insight into the world through documentaries

Insight into the world through documentaries 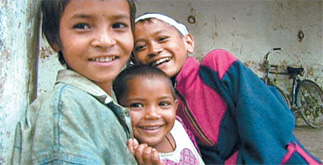 Koreans have embraced almost every entertainment form from dance to animation and film, but the documentary has received less attention.

The fifth EBS International Documentary Festival later this month goes some way to raise the profile of this cinematic form.

“Compared to feature films and musicals, documentaries lie on the periphery of popular culture,” said Seong Ki-ho, the festival’s executive director. “But gradually Koreans are getting to know more about them and what they have to offer.”

According to Seong, more documentaries are being screened at public theaters than before, though still relatively few compared to the West where documentary filmmaking is more established. 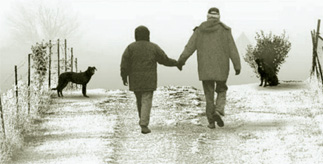 “Now Korea has a developed economy, its people are more curious about different cultures around the world, a subject that documentaries depict best,” Seong added.

The Educational Broadcasting System started the festival in 2004. The purpose was to popularize documentaries and, peeking at this year’s documentary listings, the company has met some success.

The opening film is “Encounters at the End of the World” (2007), directed by German filmmaker Werner Herzog. The story depicts a hidden community at the South Pole where only 1,000 people live.

The director visited this deserted region, which remains largely untouched by civilization, and filmed what the edge of the world looks like.

There are 12 documentaries listed under “Festival Choice,” the festival’s competitive works.

Pietra Brettkelly’s “The Art Star and the Sudanese Twins.”

“The Art Star and the Sudanese Twins,” directed by Pietra Brettkelly from New Zealand, is recommended. It portrays the life of Italian performance artist Vanessa Beecroft and her determination to adopt a set of Sudanese twins.

Another interesting choice is “Wings of Defeat” (2007), directed by Risa Morimoto, a Japanese-American. The 89-minute documentary depicts the story of kamikaze survivors from the World War II. The failed suicide soldiers are now in their 80s.

Morimoto’s uncle, a kamikaze pilot, was the inspiration behind the making of the film.

She explores the culture and history of the kamikaze through interviews with the pilots and American soldiers.

Other documentaries on the listing are Alejandra Islas’ “The Demons of Eden” (2007), Zana Briski and Ross Kauffman’s “Born into Brothels,” Alex Gibney’s “Taxi to the Dark Side” and Tishai Orian’s “The Beetle.”

“Documentaries offer you a greater insight and a larger scope of seeing the world,” Seong said. 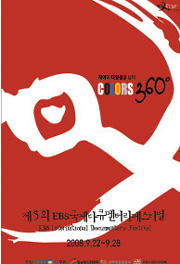 The fifth EBS International Documentary Festival takes place from Sept. 22 to 28. Altogether 43 documentaries from 21 countries will screen at EBS Space in Dogok-dong, southern Seoul, and Arthouse MOMO at Ewha Womans University in northern Seoul. EBS TV will show the films on TV during the same week. For film schedules, call (02) 526-2122 or visit www.eidf.org.