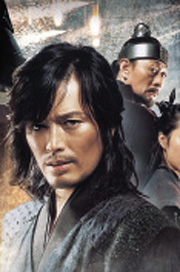 During Chuseok, “Singijeon (The Divine Weapon)” was top on the list for holiday moviegoers.

Director Kim Yoo-jin’s bloody action film about the world’s first multi-launch rocket system attracted some 597,793 viewers in 597 screens from Sept. 12 to 14, according to the Korean Film Council, Monday.