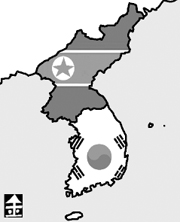 They both graduated from West Point, the United States Military Academy, the senior an outstanding soldier. He was born in affluent circumstances, the son of a prosperous farmer and hero of the American Revolution. He graduated second in his class, and went on to command veteran troops, such as the cavalry and the artillery, for over 16 years, leading them to victories in major combat operations.

President Lincoln offered him direct command of the Union armies as commander in chief. Even though he harbored a secret desire to emancipate the slaves, his devotion to his hometown came first. He returned to Virginia, one of the Confederate States in the American Civil War. He was General Robert E. Lee, general in chief of the Confederate forces.

The junior wanted to follow the same path as his senior, but was significantly less successful at first. He spent years at the border areas and, finally, had to leave the army due to a drinking problem. As a poor grocer’s son, his life started to unravel.

The outbreak of the Civil War saw him called up again, and he managed to win victory in Tennessee, where he was confronted by the Confederate forces of General Simon Bolivar Buckner. The Union general was known for insisting on “unconditional surrender,” as he refused to conduct any negotiations and pushed to take 12,000 Confederate soldiers captive.

Last year, the letter that Lincoln wrote immediately after the Battle of Gettysburg was released to the public. It said, “Arrest General Lee quickly. Annihilate the enemy soldiers.” Resentment, accumulated through the years, poured out in his letter.

However, the atmosphere at the surrender negotiations told a different story. People were surprised to see the draft negotiating texts released by Grant. “Throw away weapons and return to your hometown. Farmers may ride a horse on the way home.” The document contained no mention of war criminals and prisoners. The defeated troops found themselves on emergency rations. General Lee, prepared for death, was astonished as previously held grudges disappeared into thin air.

North Korean leader Kim Jong-il has reportedly collapsed. It is necessary to map out emergency plans in the event that the communist country collapses. However, we have to outlive grudges and hostility with tolerance, humility and grace.

Fortunately, America was not spiritually severed in two, thanks to Grant’s determination. General Lee even visited Washington to celebrate the presidential inauguration of Grant.