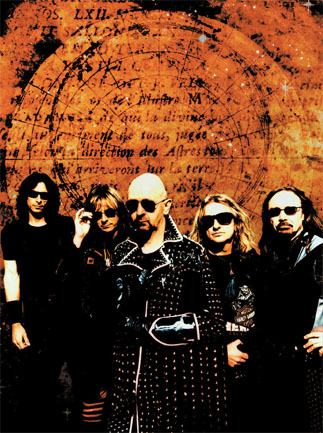 Judas Priest will perform in Korea for the first time this Sunday at Olympic Park in Seoul. Provided by the organizer

Get ready to get heavy.

Legendary metal band Judas Priest is going to storm the stage this Sunday for its first ever Korean gig.

Judas Priest? How old are they? Drummer Scott Travis is a young pup at 47 and guitarist Glenn Tipton is all of 60. Rob Halford on vocals, K.K. Downing on guitar and Ian Hill on bass are in their mid-50s.

Since making their debut with “Rocka Rolla” in 1974, the Priest has spawned several heavy metal classics and influenced the entire metal genre. 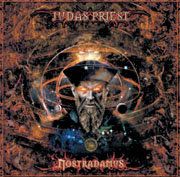 In 2007, MTV.com put them second on a list of the all-time great metal bands, behind only the equally heavy Black Sabbath. Both bands formed in Birmingham, England, in the ’60s and early ’70s.

Priest is still going strong, attested by the heavy and rich sound of the band’s most recent release, “Nostradamus.”

“We feel that heavy metal music is still vital and won’t ever die,” said Halford in an e-mail interview with the Korean press. “The energy, passion and power of heavy metal is what keeps us faithful to making metal music.”

Released to mixed reviews, Nostradamus is a two-disc concept album about the 16th-century prophet of the same name. The band is touring in support of the album, its 16th studio release. The Asian leg of the tour begins in Korea and there will be five shows in Japan later this month.

For a band that never took itself seriously - otherwise, they wouldn’t have penned songs with titles like “Metal Gods” or “Hot Rockin’” - Nostradamus seems ambitious.

But Halford said the band had always wanted to make a concept album that follows a unified story line.

“Nostradamus was an intriguing historical figure known around the world,” Halford said. “This album took a huge amount of time and we feel it’s our greatest achievement.”

Older fans might beg to differ. The band will likely fill their Korean set with tracks off Nostradamus, but some in the audience will pine for early progressive-metal classics like “Victim of Changes” or “Sinner,” or catchy metal tracks “Breaking the Law” and “You’ve Got Another Thing Comin’”.