How to set up and run your own eco-village

How to set up and run your own eco-village 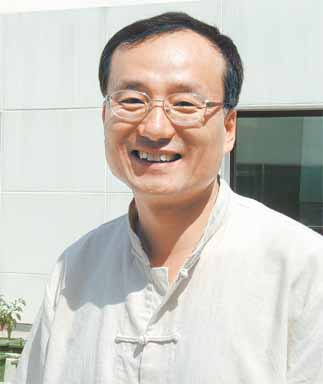 As a secretary general of the Center for the Web of Life, a local consumer cooperative, Lee Geun-haeng is an expert on eco-living. For the past 10 years, he’s visited numerous eco-villages in Korea.

When was the first community focused on “ecology” formed?

The phenomenon started out in Europe as society underwent a cultural and psychological transition during the 1960s and 1970s. Americans adopted the idea during the hippie movement in the 1970s.

After 30 years, I think there is a better awareness about environment and ecology in Korea and movements that focused on connecting urban life with the rural communities began in Korea in the early 1980s. But it wasn’t until the 1990s that they developed into consumer cooperatives.

After that, they gradually formed into village movements. Before, Koreans had faced bigger issues like poverty and the democratic movement.

How would you differentiate eco-villages in Korea from the rest of the world?

In the West, community villages are simpler in form and content. Relationships among the villagers are more casual. It’s probably because their communities were formed after a long period of modernization. It’s a community based on individualized lifestyle, so respect is critical.

In essence they maintain a “cooler” attitude to each other. It’s exactly the opposite in Korea. Rural villages here still follow a strict patriarchal order. Ties among the villagers are tighter. There is a strong religious awareness because often it’s a community focused on spirituality and introspection.

In some eco-villages, there are just not enough people.

It took a lot of time for us to stabilize the community. You often need a charismatic leader. Some villages were too ambitious and fell apart. You need a balance, because it could also weaken the collective awareness if you rely on one or two leaders.

What do you need to successfully form an eco-village?

You don’t necessarily need to pursue organic farming and not all eco-villages revive traditional lifestyles. You need to resist patriarchal order and have clear environmental and ecological principles.

You also need a clear vision. That’s the only way to maintain a strong collective that goes beyond the experimental level.

We still need some time to figure out whether Korean eco-villages can survive until the next generation.