Nibbles and giggles in upcoming musical

Nibbles and giggles in upcoming musical 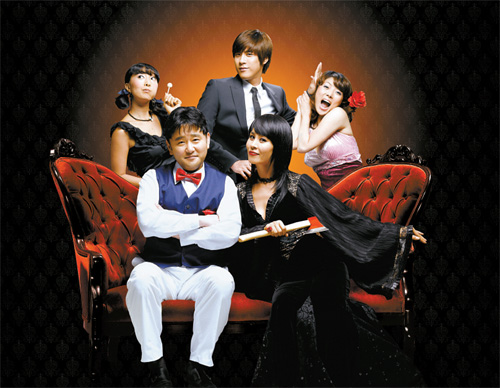 A poster from the musical ‘Hi, Franceska’ Provided by the organizer


It’s not often that a TV sitcom is reprised on stage as a musical. What’s even more unusual is that the story is essentially a vampire flick.

It ran for three seasons starting in January 2005. The series ended in February 2006.

But building on the popularity of the sitcom and its interesting plot, producers believe they have a hit musical in the works.

The unusual plot starts at an unknown castle in Romania where a wedding is set to take place.

But to the dismay of the vampires in attendance, the groom, Count Khan, is nowhere to be found.

When the guests learn that the count has fallen in love with a Korean nurse, a group is sent on a mission to Korea to find him.

Hilarity ensues when the vampires have nowhere to stay and realize they are completely unaccustomed to their surroundings. They are finally taken in by a friendly stranger, Doo-il.

While their initial goal was to find their friend and get back to Romania, the vampires slowly find themselves breaking the rule that forbids them from falling in love with humans.

As expected, Hi, Franceska has plenty of odd comedic moments produced by vampires from Romania in a foreign and unfamiliar place.

Organizers are billing Hi, Franceska as a warm human story with colorful characters and a unique plot quite different from what people are accustomed to seeing on stage.

The musical features 25 actors and 25 musical numbers, and has a running time of 120 minutes.

The cast features Choi Jung-won, a musical diva who organizers say is at the peak of her career, in the role of Franceska.

Jung Ho-geun, a seasoned actor with ample amounts of soap opera, film and musical experience under his belt, will play the role of Doo-il.

Also of note in the line-up is Choi Dong-ha, a member of the popular Korean R&B group, SG Wannabe, in the role of the youngest vampire, Kyeun.

“Hi, Franceska” will run from Sept. 12 to Oct. 26 at Theater Yong at the National Museum of Korea.

Performances are at 8 p.m. on weekdays and 3 p.m. on Saturdays.

The National Museum of Korea is located near Ichon Station, line 4, exit No. 2.