Heaps of hard work and a leap of faith

Heaps of hard work and a leap of faith 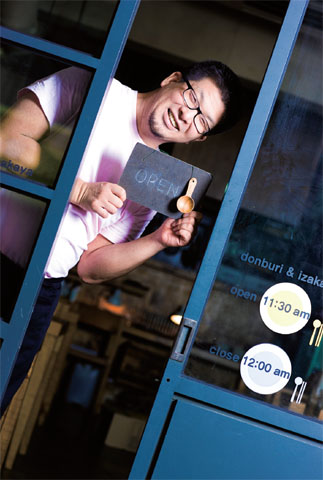 They say all you need is one swing of the bat in baseball.

Before he hit that go-ahead, two-run home run against Japan in the Beijing Olympics baseball semifinal, the struggling Korean slugger Lee Seung-yeop was given up for dead. But a low, inside fastball from Japanese pitcher Hitoki Iwase was Lee’s opportunity to redeem himself. He pounced on it with a compact, powerful stroke.

In a matter of seconds, Lee went from scapegoat to national hero.

You can apply the same logic in real life. Sometimes, all it takes is that one opportunity and a leap of faith to grasp it. The Joong-Ang Ilbo met with four people, all in different fields, who saw their chances, refused to let them slip away, and found success in new careers.

And though they may work in different areas, they do have one thing in common: They aren’t finished yet. 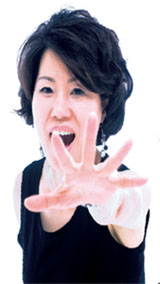 Choi Daniel is a 22-year-old actor with the life experience of someone much older. Choi is an ever-present figure in the popular commercial series for a telecommunications company, featuring a catchy theme song, otherwise known as the “Do It Song.” In it, Choi is a young office worker who can’t stand his boss and sings, “If I can’t put up with him, I can just quit.”

But when asked whether that commercial was his once-in-a-lifetime chance, Choi wavered.

He then said, “I guess you could call it that, because I’ve had other opportunities open up afterward.”

He spent years toiling in bit parts in television dramas, stage plays, music videos and commercial spots. Choi also held down part-time jobs at a coffee shop, a convenience store and a gas station. But stardom was hard to come by, and his friends who started out on a similar career path began finding more stable office jobs.

Choi’s break came when he met director Cho Won-seok, who liked Choi’s work ethic: The actor once ran 40 laps on a track to nail a scene that lasted 0.2 seconds. 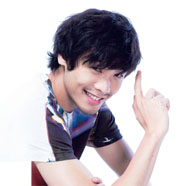 And after the commercial aired, Choi became an overnight star. He has since been cast in a TV drama and has shot a cell phone commercial.

But Choi is not in any hurry. He is staying true to the devil-may-care philosophy of the “Do It Song.”

“I’ve been in the spotlight and I’ve had tiny roles,” he said. “As long as I can keep acting, I will be happy.”

Chef Kim No-da is another happy camper. He is the owner of the Japanese gyudon (rice topped with meat or vegetables) restaurant Noda Bowl in Sinsa-dong, one of the trendiest neighborhoods in southern Seoul.

Kim said if he weren’t in this business, he would be in an entirely different field, likely as a stock market analyst or an asset manager. The 33-year-old learned his trade in Japan, where he landed 14 years ago to study international business management. 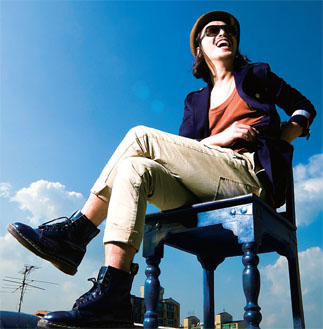 Kim found his new calling while waiting tables at a high-end restaurant in Japan serving the traditional, organic cuisine known as shojin.

“The whole experience just blew me away,” he recalled. “You couldn’t simply call it cuisine; it was a form of art. And I so desperately wanted to cook it that my heart would pound at the mere thought of it.”

So there was no turning back for Kim, who worked three years at the restaurant, serving, doing the dishes, wiping the floor and learning how to cook whenever he could. He then went off to France and Italy to receive training in food styling.

And in 2002, Kim and his wife Kim Sang-young opened a cooking studio called Noda +. The couple found success in providing consultation for food styling and menu development among other things. Next up was the restaurant.

“I knew my foundation was always that of a chef,” Kim said. “I wanted to open a place where I could present my own cooking.”

Noda Bowl serves gyudon and Kim said he developed his own recipe based on the best gyudon he had tasted in Japan.

This small restaurant, which opened four months ago with only about 10 tables, has been a huge hit and Kim said he sold 4,500 bowls alone in August. By any measure, Kim is a successful restaurateur but he said he’s got another trick up in his sleeves.

“I want to prepare shojin cuisine here,” he said. “That, to me, would be the ultimate.”

For Kim Suk-ja, the ultimate wasn’t something that launched a new career - it was the letter of resignation she submitted 14 years ago at the U.S. Embassy in Seoul.

At the time, the now 54-year-old president of the photo studio Venture Studio Korea held down a well-paying position with reasonable hours at the embassy. And when she wanted to quit, her friends thought she was crazy. Kim had also assumed an active role within the embassy, participating in Korea-U.S. trade negotiations on tobacco and pharmaceuticals.

And it’s not as though Kim had any oversized ambitions when she left the embassy.

“I just wanted to spend more time with my two kids while they were still young,” she said. “But I wasn’t going to stop working entirely. I was confident I would get a good opportunity down the road because I had been a hardworking person.”

Kim didn’t have to wait that long. Some multinational companies with whom she built contacts through her embassy work came beckoning for help as they tried to launch businesses in Korea. Svenson Hair, the British-based manufacturer of hair loss remedies, was one of them.

“Svenson wanted me to help them find business partners in Korea,” Kim recalled. “But back in the mid-’90s, hair loss wasn’t really on anybody’s radar in Korea.”

But after Kim visited Svenson’s Hong Kong office, she decided to roll the dice.

“I had an epiphany; I just knew this business would work in Korea,” Kim said. “And on the flight back from Hong Kong, all I could see was people with receding hairlines.”

And Kim was on a roll. Svenson in Korea survived through the late-’90s financial crisis. In 2000, Kim introduced Marie France Bodyline, which provides diet treatments, to Korea and the brand became a hit among ladies in their 20s and 30s. But in March this year, the urge to do something different got the better of her. Kim opened the Korean office of the U.K.-based Venture Studio, which specializes in family portraits.

Kim said she is still trying to decide where she wants to go in life.

“In life, opportunities are like passing buses,” she offered. “And if you want to catch them, you have to know where you’re going. And once you’re on board, you’ve got to ride them all the way to the end.”

Fashion designer Choi Bum-suk got on his bus five years ago, at the 2003 Seoul Collection fashion show. Since then, Choi, 32, has been one of the hottest young designers around.

“I never thought about designing clothes in the first place,” Choi said. “I always liked clothes and I liked trying on new things. I figured I could be great at selling them.”

Choi had his first sales job in the Hongdae area in northwestern Seoul and eventually ended up at the Dongdaemun Market, a fashion mecca in central Seoul.

But Choi realized he wanted to design his own clothes, rather than competing with merchants around him. And after an up-and-down year came his break.

Choi stopped by a bag store that his friend ran and liked the material from a bag so much that he used the same fabric for an item at his shop. Over the next month and a half, Choi would make 160 million won in sales of the 10,000-won piece.

He received a jolt of inspiration from the 2002 Paris Collection: Choi suddenly wanted to design clothes as a tool of expression, not as a cash cow.

And once he had the first Seoul Collection out of the way, there was no stopping him. He has been in 11 different collection shows and his own menswear brand General Idea is available in Paris. Next up: New York Collection in February. But Choi stressed he doesn’t consider it a new challenge.

“I don’t like the word ‘challenge’ because it implies that I am going up against designers that are superior,” he said. “I am on the same level as them.”