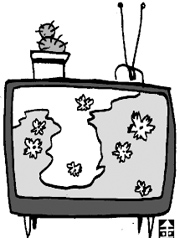 Anyone above the age of 40 will remember the drama “Paldogangsan: Where Flowers Bloom.” It is a TV series that represents the 1960-70s development years.

The story is about Kim Hee-kap and Hwang Jeong-sun, a couple affirming the country’s economic development by visiting their children living in all parts of the country. Between 1967 and 1975, five related movies and a TV series were made.

It all began with the 1967 movie “Paldogangsan.” The idea was the brainchild of actor Kim Hee-kap.

According to Kim’s book, “A Clown’s Love,” the information minister at the time came to him in early 1966 and said that the ministry was planning to make the film Paldogangsan, and that if it was well made, “it would be a good information product for the sixth presidential election in 1967.”

In 1968, its sequel, “Going to the World,” was made. Kim Hee-kap went to see his sons-in-law stationed in different countries around the world. With active support from Korean embassies abroad, they filmed the movie in 11 countries including the United States, Japan, Europe and Vietnam.

In Tomorrow’s Paldogangsan, Patty Kim’s “Hymn of Seoul” was featured. Our Paldogangsan had images of the Seoul subway construction site and the Saemaeul Movement. When the movie’s popularity waned, they produced a TV drama spin-off.

KBS’s daily series, Paldogangsan: Where Flowers Bloom had 398 episodes, one of the longest running series in history. In the drama, Kim Hee-kap’s daughter worked at Korean Air and his son at Posco. The actual work sites were featured.

Kim Han-sang, author of “Sightseeing National Modernization,” assessed the Paldogangsan series as “a successful information event and propaganda tool made together with the private sector by the Park Chung Hee administration that did not lose its appeal to the masses.”

The Chinese drama “Terminal” currently running on MBC is coincidentally a remake of the Paldogangsan series. Made in China with Chinese actors and a Chinese crew, it will be broadcast in China next month.

Kim Han-sang said, “China, which is busy with development fever, benchmarked our hit drama from our development years.” It is an interesting point of view.