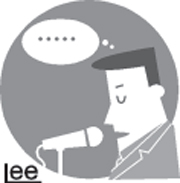 The new Japanese Prime Minister Taro Aso is a well-known comic book fan. He reportedly reads 10 comic books per week. Maybe this is why his words are similar to comic book lines. Unlike typical Japanese politicians who say things very indirectly, his words are easy to understand, humorous and succinct. When he goes out to the streets to campaign, people flock to him, and when he appears on TV, the ratings go up.

Perhaps this is why he is prone to slips of the tongue. He once said, “The spirits of the Yasukuni Shrine praised the emperor and never said, ‘Long live the prime minister.’ It is best that the emperor visit the shrine.” He was then criticized in a New York Times column. At a press conference while he was foreign minister, he made an undiplomatic statement in response to a question: “China has 1 billion people, a nuclear bomb and has increased military expenses by two digits every year for 17 years. It is a great threat.”

He also glorified Japan’s colonial rule. “When Taiwan was under Japanese rule, the first thing Japan did was to mandate education. If they sent children to school, the Japanese government gave them a day’s worth of pay. Thus, Taiwan’s education level went up.” Several times he said things that most Japanese feel but cannot openly say.

As for Japan’s renaming Koreans with Japanese names, Aso said in 2003: “If Koreans received Japanese passports, their names were written as Kim So-and-so in Korean. But in Manchuria, It was difficult for Koreans to find work. So Koreans asked for Japanese names and that’s how they began to use Japanese names instead of Korean ones.”

However, Aso maintained close relations with Korean officials when he was foreign minister. Former Korean ambassador to Japan Na Jong-il said Aso was “a good man if you see him at a distance of 1.5 meters.” Aso also had good relations with former Foreign Minister Song Min-soon and current Foreign Minister Yu Myung-hwan when he was the Korean ambassador to Japan, probably due to his ability to form friendships by talking openly.

Separate from his problematic understanding of our history, he believes that Japan, with its shared values of freedom and a market economy, should cooperate closely with South Korea. Based on this tenet, we would like to ask the new prime minister just one thing: Whatever he may think, we ask that he refrain at least once from making irritating statements like his view on Koreans’ use of Japanese names. Wasn’t there a Roman saying that “A cow is caught with his horn, while a person is caught with his words”?