All night jazz on the scenic island of Jara

All night jazz on the scenic island of Jara 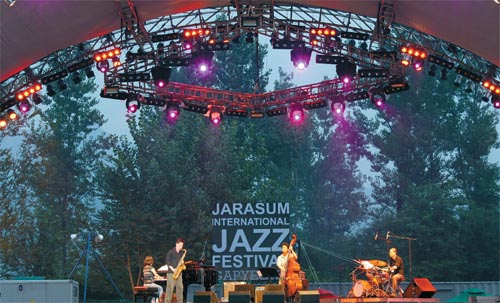 “The fun is not just on the island.”

This is what the organizers of the Jarasum International Jazz Festival say is the name of the game this year.

Every year since 2004 as the heat of the summer gives way to a cool autumn breeze, the serene island of Jara in Gapyeong, Gyeonggi, fills with tens of thousands of jazz artists, jazz lovers and curious tourists.

These days Korea hosts a deluge of music festivals and it’s tough for organizers to get their music heard. 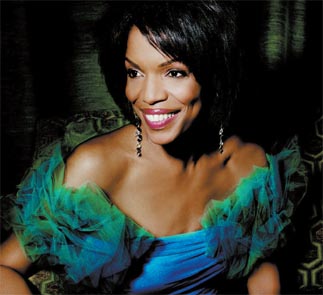 Nnenna Freelon is scheduled to perform this year. Provided by the organizers

But the people behind the Jarasum festival have worked quietly and diligently to establish a firm base and enlist a large following.

So far, so good, it seems. About 820 musicians and 310,000 visitors have participated in the previous Jarasum festivals.

“It’s not easy to find a music festival with such a choice of venues and music.”

The organizers believe it’s time to take the festival, now in its fifth year, to the next level.

This year there will be a larger, more diversified program of events.

“We’ve doubled the number of stages this year,” said Victor Kye, the programming and marketing manager of the festival.

“People will be able to enjoy the music in eleven venues not just on the island, but across Gapyeong County, like in small jazz bars downtown, for instance.”

The organizers hope to create a brand that people will associate with jazz in Korea.

The hope is that “Jarasum” won’t just convey the name of a geographical location but a recognizable name that conjures up images of good music and relaxing times.

Even the coffee and beer on sale during the festival will be branded up Jarasum.

If you fancy going to the festival, expect some big names from the jazz world.

“I don’t know anything about Korean jazz musicians. I’m looking forward to meeting and hearing them when I get there,” Bailey told the JoongAng Daily before coming to Korea for the festival.

Musicians and artists from around the region will also be performing. Sakaki Mango from Japan, Sizhukong from Taiwan and Lee Han-choul from Korea are just a few of the names on the bill.

“My band will be performing at 2 a.m. as the last gig in Party Gym [one of the performance venues],” said Lee Han-choul.

“We hope our music will be a fitting finale to the day’s excitement and fun.”

The fifth Jarasum International Jazz Festival will take place from Oct. 2 to 5 on Jara Island in Ga-pyeong County, Gyeonggi, plus other nearby venues across the county.