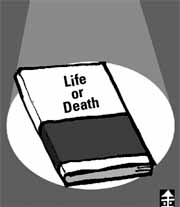 The recent suicide of a famous actress has shocked society. She’s not the first, but her case stands out.

She was a popular star, almost like family to many ordinary people over the last 20 years. She was also a symbol of the growing Korean entertainment industry.

Choi Jin-sil was the first person to become famous with just TV advertisements. She was also the first to be called a “walking business.” She was even a pioneer in demonstrating the marketing power of TV stars, launching an era of systematic star management.

Most of all, she was accessible. Nowadays, everyone likes to talk up their humble credentials, but when she debuted, actors and actresses were of a superior breed.

Choi admitted growing up poor and was loved as “the girl next door.” Her bubbly side fit in well with the new culture trends of the 1990s, when big ideological debates disappeared. She personified the carefree new generation in her TV and movie roles. After a career slump, she returned to the screen portraying a hard-working housewife swept off her feet by a rich man.

One of the main reasons her suicide is worrying is because of a possible domino effect. According to a study titled “Research on the Werther Effect in South Korea” by Yu Cheong-wha, after a suicide by a famous person, 137 more people committed suicide on average a month between 1994 and 2005.

South Korea has the highest suicide rate among OECD countries. This is often attributed to fierce social competitiveness. Of course, there are those like Jean Amery, the Austrian-born essayist who viewed suicide as one’s right to decide one’s own death, but a high suicide rate clearly indicates an unhappy society.

Professor Oh Chin-tak, author of ”Suicide, the Most Miserable Death on Earth” even proposed a public discussion on thanatology, or the study of death. Beyond just preventing suicide, he emphasized a new view of life and death.

People who commit suicide often think that everything will end with death. Oh claims that this is based on ignorance and a misunderstanding of death.

He wrote, “If one views death not as physical death, but the separation of the soul from the body, and one’s life and death as the soul’s journey, then life is a maturing process of the soul that one can’t give up.”

He added, “Fetishism that draws people to commit suicide stems from a wrong understanding about death.” In an era where impulsive suicide is pervasive, he has thrown in the solution of spirituality.