Life’s meaning through a quest for a donkey

Life’s meaning through a quest for a donkey 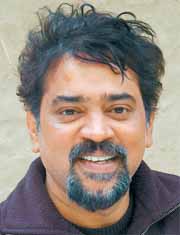 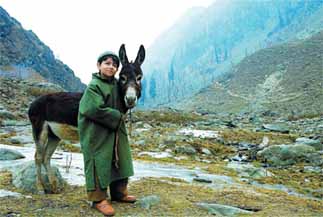 A scene from “Tahaan: A Boy with a Grenade.”

BUSAN - Santosh Sivan is an Indian director as far removed from making Bollywood blockbusters as you can get.

Instead, he’s constantly on the lookout for fable-like tales built around fictitious characters.

He also addresses the truth in real-life incidents, according to Kyoko Dan, an executive producer with Santosh Sivan Films.

Sivan’s recent film, “Tahaan: A Boy with a Grenade,” currently screening at the Pusan International Film Festival, is one of a kind.

The film revolves around the quest of an 8-year-old boy, Tahaan (Purav Bhandare), who is trying to bring his pet donkey, Birbal, home.

As Tahaan takes an adventurous journey along the snowy mountains of Kashmir, he is tempted by Idrees, a teenager who promises to get Birbal back if Tahaan delivers a grenade to a terrorist group.

The family’s only hope is that Tahaan’s father, who has been missing for over three years, will come back soon.

Though the film indirectly depicts the political conflict and cross-border terrorism in Kashmir, “it asks about life’s purposes.”

“While Tahaan spends time in the meadows with his sheep and Birbal, he conjures up a million questions about this world.

“He is a boy with immense determination, willpower and understanding,” Sivan said, noting that the boy has what the world is lacking today.

Iranian director Samir Makhmalbaf was meant to be on the panel, but had to pull out due to ill health.