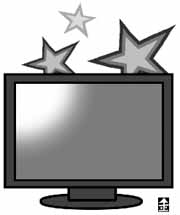 The trend in recent TV entertainment is being a character. When those appearing on the screen have defining characteristics, they succeed. Variety shows on which stars respond to difficult situations without prior staging are prime examples. Nicknames that match the actors are written into the subscripts. Lee Seung-gi of “One Night, Two Days,” is called “heodang Seung-gi,” because he embodies the carefree nature of a handsome young man, and Eun Ji-won of Idol Group is called “Eun the elementary student” because he is immature.

In the original variety show, “Muhan Dojeon (Unlimited Challenge),” there are “people who always look awkward,” who draw on our compassion. It is not a drama and doesn’t have a script, but characters’ acting is nevertheless entertaining. Nowadays, characters who are abnormal and foolish in everything they do, called “Fourth Dimension,” are popular.

The characters are not always positive. Some openly choose nicknames for themselves such as “ugly face.” Even if unattractive, it is better to have some defining characteristic. We also meet characters in our daily lives, such as our “mother’s friend’s son,” who is always perfect and makes us shrivel up inside. Everyone has a messenger ID or an online ID that describes one or two characteristics. Not only story lines but also characters have to be interesting for dramas to succeed.

We can say that this is the era of characters. The passionate desire to express one’s personality and opinion is behind it all. There is also an urgent feeling that if they don’t stand out, it will be difficult to make an impression.

The recent use of “addictive” songs among singers is a similar phenomenon. Easy to follow, infectious melodies that stay in one’s ear and corresponding dances are elements in hit songs. It started with Wonder Girls’ “Tell Me.” It is important for singers, dances and songs to have one or two repetitive lyrics or characteristics that define them.

According to Justin Wyatt’s “High Concept: Movies and Marketing in Hollywood,” high-concept movies should be able to be summarized in 25 words. Such simplicity is a necessary condition for popularity. Artistic movies that are complex, deep and difficult to define are the opposite.

In a way, character fever and the use of catchy songs among singers are part of this “high-concept culture.” They are as simple as they possibly can be. They are repetitive, childish and amusing. We like characters because we find pleasure in defining and simplifying our complex human society. This shows how impossible it is for high-concept culture to show the complexities and subtleties of real life.