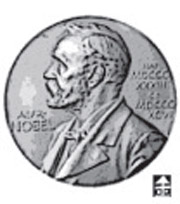 Luc Montagnier and Robert Gallo have had a long-running feud with each other as both scientists claim to have discovered the AIDS virus. However, this year’s Nobel Prize in Physiology or Medicine was awarded to Montagnier, without any mention of Gallo.

Montagnier, who conducted research at the Pasteur Institute in Paris, discovered the causative virus named LAV, and on May 20, 1983, published his findings in the American journal Science. That year, he sent an LAV sample to Gallo, who was a researcher at the National Cancer Institute in the United States. The following year, Gallo’s dissertation on the discovery of a virus named HTLV-III, declared as a causal virus for AIDS, was published in the same journal. Later, LAV and HTLV-III were found to be identical, and HIV was adopted as its new name.

People might remember the heated controversy between the two scientists over the discovery of the AIDS virus, and the highly profitable patenting of the consequent blood tests. The case was eventually settled in 1987, with a joint announcement by Ronald Reagan and Jacques Chirac arranging to split the prestige of discovery and the proceeds from the patent 50-50.

The issue stayed relatively quiet until 1989, when the Chicago Tribune published a massive investigative story by John Crewdson on whether Gallo’s lab had stolen the virus from Montagnier’s group. That led to an investigation by the U.S. Congress which became involved in 1990. Gallo and his team were ultimately cleared of any wrongdoing.

Gallo has enjoyed extraordinary success in the discovery of HIV and the development of HIV-antibody tests. He was the first person who proved that HIV is the cause of AIDS, while Montagnier’s lab did not prove that their virus caused AIDS. HIV is an example of one such human retrovirus, and Gallo discovered the first human retrovirus.

Standing in the shadow of Nobel Prize recognition, Gallo must have felt frustrated in being overlooked. Perhaps he could now see what the Nobel Prize judges really valued.

Upon hearing that he had won the Nobel Prize, Montagnier said, “I am very sorry for Gallo.” He added, “Gallo had a very important role.”

Most notably this year, many Japanese scientists are among the winners of the Nobel Prize. To date, as many as 13 Japanese have won the prize.

However we should not be disappointed when considering the fact that the Nobel Institute prefers a scientist who has made outstanding achievements over a period of decades rather than one with innovative outcomes over a shorter period of time.