A university dedicated to studying heritage

A university dedicated to studying heritage 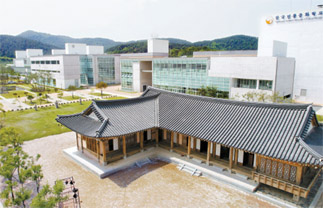 The Korean National University of Cultural Heritage campus. Provided by the university

Over the course of the past several weeks, the JoongAng Daily has introduced aspects of traditional Korean culture that are making a resurgence of late.

While it is important to redevelop and preserve traditional culture and values, educating and cultivating the right professionals in various fields is the key to maintaining a country’s heritage.

The Korean National University of Cultural Heritage on the compound of the Baekje Historic Restoration Site in Buryeo, South Chungcheong, is doing just that.

The government funds four-year bachelor of arts and science degrees at the university, which opened in March 2000. 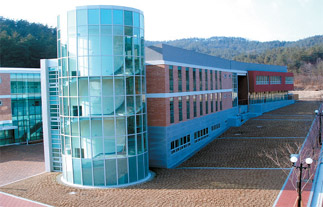 The In-Service Training Institute at KNUCH. Provided by the university

Still in its infancy, the school offers six academic programs and has an enrollment of 560 undergraduates.

Graduates have gone on to work on a number of digs and cultural preservation projects.

“Our graduates are not yet experienced enough professionals to be in leading positions but there are numerous alumni in government cultural organizations specializing in traditional architecture, product design and planning. Our graduates are on the staff of various restoration and excavation projects, including the Sungnyemun [Namdaemun] restoration project,” explained Kim Yoon-su of the administration and planning team.

Although backed wholly by the government, the university still lacks funds for further development in comparison with other universities.

According to Kim, there is plenty of room for improvement. An initial step for a better future is the in-service training institute. Although the building has been completed and the institute was slated to open this year, Kim said the university had secured just two professors and six administrative officers. Most institutes require between 20 to 30 faculty and staff members.

“The hope is the university will have the in-service training institute up and running by late next year. Furthermore, the university hopes to attract top-notch professors and administrative staff with further government funding.”