A smorgasbord of choice at European film festival

A smorgasbord of choice at European film festival 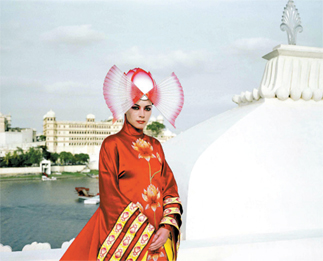 A scene from “The Fall,” a fantasy film directed by Tarsem Singh. Provided by the organizer

If you’re a movie buff who missed out on the Pusan Film Festival earlier on this month, shame on you. But here’s a chance to redeem yourself.

The ninth Megabox Europe Film Festival will be screening 22 films later this month.

Opening the festival is “Sleuth,” a mystery thriller directed by Kenneth Branagh and starring Jude Law and Michael Caine. It is a remake of director Joseph Mankiewicz’s 1972 film of the same name.

Milo Tindle (Law) is an unknown but charming actor who has an affair with the wife of a rich mystery writer, Andrew Wyke (Caine). When Milo asks Andrew to divorce his wife, Andrew agrees on condition that Milo pretends to burgle his house.

But things go awry when Milo breaks in and a murder investigation is launched.

This American-British film screens next Wednesday at 7:30 p.m.

Under Master’s Choice is “Lorna’s Silence,” a drama directed by Belgian brothers Jean-Pierre Dardenne and Luc Dardenne. The film screens next Sunday at 10:30 a.m.

Their previous works include the animation documentary “Waltz with Bashir” and “The Child,” which won the Golden Palm Award at the 2005 Cannes Film Festival.

“Films from northern European countries like Norway, Iceland and Denmark are recommended this year for a new and fresh approach to cinema,” said Sung Mi-kyung from the organizing committee.