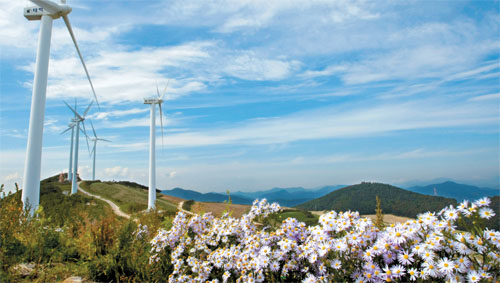 Mid-October is ideal for hiking in the mountains before the winter kicks in and heavy snow covers the peaks and the surrounding countryside. The trails around Taebaek in Gangwon offer walks that satisfy the cravings of everyone from enthusiastic climbers to weekend tourists. The city lies deep in the mountains, 650 meters (2,132 feet) above sea level, and at this time of year they are bathed in the rich golden colors of autumn. 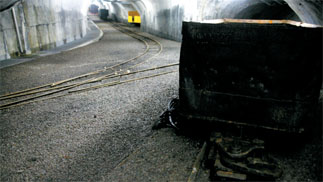 The underground tunnel at the disused Hamtae Mine is now a tourist attraction.


Thirty years ago, Taebaek in Gangwon was a dusty, hardworking city closely associated with coal mining and the production of briquets. 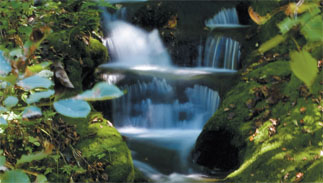 Geomryongso Pond, found along the trails around Mount Taebaek, is the source of the Han River.

This was a time of economic growth in Korea and to say environmental issues were not even on the radar is an acute understatement.

That all changed in December 1988 when the government introduced new measures that would eventually close inefficient mines. Over the next decade, 42 pits went bust. The population that once peaked at 120,000 dwindled to a mere 50,000.

But chameleon-like, the city adapted to its new environment and the area is now perfect for an autumn vacation.

One attraction is Hamtae Mine, which used to employ 4,000 miners. It’s now the 13 billion won ($9.9 million) Taebaek Park where the history of the coal mining community is narrated.

Visitors can check out reconstructions of the living quarters where miners from the 1950s to the 1970s slept, dress up in overalls and take a guided tour of the underground tunnels that were used for drilling coal, and see a model of the bathing facilities.

A walk down the tunnels is an awe-inspiring experience. This is where fathers sacrificed their health to feed their families.

The O2 Resort was Taebaek’s first tourist project, one that helped the city shrug off its coal mining past.

Taebaek had long wanted to rebrand itself in the national mindset as a tourist-friendly town, but it could not act until it had worthy accommodation and leisure facilities.

Then came the O2 Resort.

Despite the abundant snow that fell in winter, the area could boast no ski resorts, and for other seasons, there were no golf courses.

The O2 Resort is built high in the mountains so there is no need for air conditioners. You only need open a window for fresh air and cool breeze.

A high altitude means a lack of irritating bugs and visitors will find the third highest ski slope in the country here. It’s scheduled to open this December. A new golf course has also just opened, thought to be one of the best in the country.


The Taebaek mountain range is well known throughout the country for its hiking trails, and the craggy peaks lend their name to a novel by the author Jo Jeong-rae.

It used to be customary to scale the top of Mount Taebaek on New Year’s Day, but over the years a new hiking course has emerged that centers around Geum Peak (1,428 meters, 4,685 feet), part of the Taebaek range. This area has been designated as a nature reserve since 1993, which is why plants and animals usually found only in textbooks in Korea are present here.

The area is home to 15 rare plants and a number of natural treasures. Thirteen different kinds of insects that are not officially recorded also live here.

There are three hiking trails, ranging from a 2-kilometer (1.24-mile) course that takes about two hours to a much longer five-hour walk.

At Mt. Mae Bong (1,303 meters), climbers can take in the breathtaking view of eight giant windmills and the vast cabbage fields.