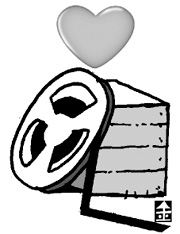 Polyamory means having multiple loving, nonmonopolized, intimate relationships. It is different from simple cheating; one loves more than two people at a time, with the knowledge and consent of the partners.

Polyamory is the opposite of monogamy. Consecutive monogamy - marrying then getting a divorce and then getting married again is called serial monogamy.

Polygamy is marrying several people at the same time. It pertains to one or both partners who marry multiple partners.

Those who proclaim polyamory emphasize the difference between polyamory and polygamy.

If polygamy is a marriage system that has become the norm due to religious or regional tradition, polyamory is its cultural outcome.

At the core is an “open marriage,” whereby the partners themselves decide on the form of group marriage or acknowledge having another partner.

They think that monogamy that mankind has idealized does not fit human nature and especially represses women.

At a glance, monogamy looks like an egalitarian system, but beneath the surface, it has long beem systematized for male partners having affairs and female commercialization.

Sexual openness is a particular characteristic of polyamory, but it also emphasizes devotion, intimacy and intellectual ties.

Park Hyeong-uk’s 2006 novel, “My Wife Got Married,” shocked us by dealing with polyamory for the first time in South Korea.

It has been made into a movie. In making it into a movie, the uproar over the original novel’s sexual politics has been muted, but Son Ye-jin, who insists on having two husbands, is a completely novel character in Korean film history.

She is an impertinent woman who outdoes Eom Jeong-wha (“Marriage is a Crazy Thing”), a Gangnam housewife who secretly lives with her ex-boyfriend, and Mun So-ri (“A Family Affair”), who cheats on her unfaithful husband by dating a neighbor who is a high school student.

Now the prime of TV reality programs deal with all kinds of marriage arrangements and living together, including a man who exchanges his wife and supposedly experiences an imaginary marriage.

It makes us wonder whether the contemporary talk of the town is skepticism over marriage or monogamy.

Furthermore, it seems that most who dare to practice polyamory are female.