Beers, buddies and a blast from the past

Beers, buddies and a blast from the past

Imagine this: a cafe with old concert posters of Jimmy Hendrix, the Beatles and ABBA plastered on the walls; songs requests made on paper; and the sound of ’60s pop crackling from an LP and blaring through audio speakers.

If this sounds familiar, you probably went to school before the 1990s, because it’s a description of an LP cafe. And these music cafes playing pop songs and rock are now making a comeback in Seoul.

There are currently over 10 LP cafes in the city, catering to people nostalgic for LPs and music from the ’70s and ’80s. 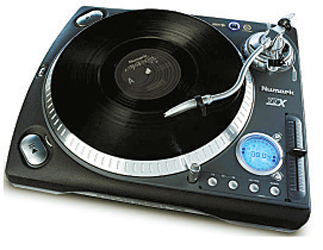 Traffic in Sinsa-dong, Night with Shining Stars in Hongdae and Ceradon in Jongno (which changed its name to Music and People after moving to the Namdaemun area) were amongst these relative newbies.

Others have been around for a long time.

Ball and Chain near Ewha Womans University, which opened in 1987, has been in business for 21 years at the same place, and has kept the same name.

LP cafe owners say that the concept has really taken off within the last two years.

“It’s a good place to buy audio and LP discs which are otherwise sold at a high cost at specialized shops,” says Noh Hee-taek, the owner of Music and People.

Most LP cafe owners have been avid collectors themselves since they were students. Many have been in bands or worked as DJs.

“We do it for our own pleasure rather than running the business for the customers,” one owner says.

On a recent weekday evening, customers in their 40s and 50s were unwinding after work at Traffic in Sinsa-dong.

Cafe owner, Oh Yeong-gil, 52, was having a drink with some close friends. When a customer requested a song, he got up to look for the LP from the stack behind him.

Oh D.J.ed in Sinchon and
Myeong-dong during the heyday of American pop from 1975. He was even a bit of a celebrity.

When he had enough money, he opened his own cafe in 1984. Unfortunately, the place closed down some time later.

He spent some years farming before he opened this cafe in 2001.

“Most visitors come for the music,” he said. “CDs have a flawless and clean sound, but you get sick of them after awhile. But LPs have a certain charm that pulls people in. They’ve got a warm sound to them.”

He’s not alone in his views.

Han Gye-nam, the owner of an LP cafe in Apgujeong called Peter, Paul and Mary, says: “You get to feel the human touch in music through LPs. It gives you the impression that somebody is actually singing for you, because you can hear little background noises.”

Most visitors to LP cafes are music lovers who went to school in the ’70s and ’80s.

“I used to joke with my friends that the only reason I went to college was to run for the college music contest,” says Lee Ae-ran, 48, who was at Night with Shining Stars in Hongdae on a recent Saturday night.

Lee was quiet at school, but once she was home, she loved to belt out the lyrics of famous pop songs in the privacy of her bedroom.

Her husband, Mun Seong-hyun, 44, is just as passionate about music.

He’s been frequenting music cafes since he was a high school student, even when there was an age limit for admission.

He struck a deal with the cafe owner at the time, agreeing to only drink yogurt and listen to the music.

He spent most of his college years at Cherbourg and My House, both hugely popular among students at the time.

Thirty years later, the couple are schoolteachers, but their musical sensibilities still remain. They jump at every chance to attend concerts, go to bars with live music and soak up a little nostalgia at LP cafes.

“I know the scene pretty well,” Moon says. “I don’t just drop by once in a while. It’s become my way of life.”

The rise of LP cafes is also due to the lack of places for the “7080 generation” to hang out.

“There is no place to go after having a few drinks with your friends,” says Noh. “That’s the reality. You can’t go to a coffee shop full of college kids, and you don’t want to go to noraebang every time. You just want a space where you can listen to familiar music and chat with friends.”

“It’s a comforting place to come to in your workout clothes after jogging to have beers,” she says.

People come here and loosen up. “They get up and dance, and do all kinds of crazy things, but it really doesn’t matter,” says Lee Seung-chan, another customer.

Perhaps that’s the spirit of a LP cafe: letting go of your rigid attitude to life.

Been around for 21 years, with a real sense of an old music cafe

Plays a lot of classic rock and pop

A cafe to listen to LPs in the daytime