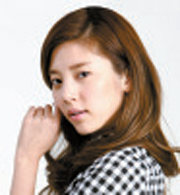 Singer Sohn Dam-bi, who has captured many a heart with her sexy dance moves, is turning her charms onto Hollywood.

Sohn, who made her debut last year, has landed a starring role in “Hype Nation,” a Universal-produced film about dance battles between American and Korean groups. Teddy Riley, one of the four members of American hip-hop group B2K, and Whoopi Goldberg are also part of the cast.

Filming starts in December in Korea and Los Angeles. The film is scheduled for release in May or June 2009.