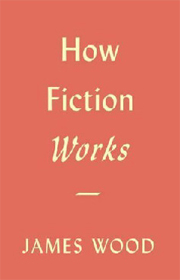 The literary critic James Wood has penned a fascinating series of short essays on, as the title of the volume hints, how fiction works.
It’s a brave publication.
Fewer people read fiction than in the past, and the literary pages of the larger international papers often publish anguished columns about the death of the novel.
But Woods, a staff writer at The New Yorker and a visiting lecturer in English and American literature at Harvard, bucks the trend.
Even though the world is increasingly full of people who learn about narrative and story by playing fantasy games online, Woods steps back in time and draws on the “classics” for inspiration, all those authors most people think they should read, but never do, like Jane Austen, Virginia Woolf and others of that ilk.
Woods’ compact take on the mechanics of high literature is all the more daring because he takes on subjects that literature teachers have been drumming into their students’ heads for years, though probably less so now.
The list of areas studied include things like metaphor, point of view, authorial irony and characterization and all those other literary devices that teachers like to chalk on the blackboard and set tests for.
I approached the book with caution. I enjoy reading novels but I didn’t think I would find the mechanics of how an author puts a story together intrinsically interesting.
I mean, I like nothing better than a big glass of red wine but I have no interest in how to grow a good grape.
In the spirit of full disclosure, I confess I studied literature at university, an experience I thought had convinced me that you should never study a novel. You should just read it.
But Woods’ unabashed enthusiasm for good writing kept me involved.
“What a piece or writing this is! So flexible, so capable of inhabiting different levels of comprehension and irony,” he enthuses after offering us a chunk of text from Henry James’ novel “What Maisie Knew.”
I tend to bracket James as one of those “should read” authors, but Woods’ analysis of free indirect style of narration, a way of presenting a character’s thoughts and point of view without resorting to “she said” or “he wondered what to say” and other clunky techniques, might yet persuade me to pull a James off the shelf.
Word-by-word, Woods opens up the three perspectives that James is exploiting in What Maise Knew, expanding the depth of insight into what is going on.
The obvious question at this point is “So what?” Why do we need to know all this stuff to read a novel?
The simple answer is you don’t.
But just as a wine connoisseur wants to know the name of the grape and the vineyard where the wine came from, I can see Woods’ point, that understanding the underlying mechanics does “open up” the text.
That said, Woods is primarily interested in high literature and I’m not.
For an analysis of good writing I much prefer Stephen King’s 2002 publication “On Writing,” possibly the best guide around for would-be novelists.
To be honest, Woods’ praise of writers like Gustave Flaubert does make me wonder if I’m missing out, which makes the bibliography at the back of the book an interesting read.
It’s a definitive guide to the books one feels one ought to read before one gets too doddery. Apparently all came from his own shelves, which must be made of titanium to support such lofty volumes. Intellectual readers can tick off all the books on the list they’ve read.