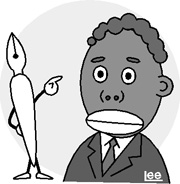 It was wise to have given the Nobel Prize in physics in 1956 to William Bradford Shockley and his colleagues. The contemporary digital civilization owes a great deal to the transistor that Shockley developed.

However, the same man caused uproar in 1960s America when he said a person’s intellect is predetermined at birth and that the scientific method of measuring intellect, the IQ test, shows African-Americans to be intellectually inferior to Caucasians.

The physicist later volunteered to donate his sperm to a gene bank that the media had dubbed the “Nobel Prize sperm bank.”

He drew a great deal of enmity when, as an advocate of eugenics, he argued that African?Americans were inferior during the civil rights movement in the 1960s.

Since the enactment of the Civil Rights Act in 1968, the United States became a society where legally and systematically, racism has no place.

People like Shockley disappeared from official discourse. What was allowed in daily conversation were comments like, “That town is not safe,” when referring to a black residential area.

By thoughtlessly saying something discriminatory, one was stigmatized as a racist regardless of one’s intentions. James Watson, the Nobel Prize laureate who discovered the double helix of the DNA structure and thus became the father of molecular biology, echoed Shockley’s thoughts on race and intelligence, and was forced into retirement.

For the first time in history, a half-black candidate is running for the presidency of the United States and the election is progressing without any apparent racism issues - racism doesn’t appear to be an election issue. African-American candidate Barack Obama’s approval rating is 7 percent higher than his white opponent in some surveys. There seems to be no correlation between his support rate and the size of a state’s black population.

Nonetheless, the media is repeatedly referring to the so-called Bradley effect as a last-minute variable. This is proof that no one believes deep-rooted racism has completely disappeared.

Tom Bradley, an African-American who ran for governor of California in 1982, was ahead in polls but lost the election. Similar cases appeared later in some district elections. It seemed that some white voters voted against the black candidate despite what they said in the polls because society forbids racism. It makes us wonder how many Americans still really think that it is too early to have an African-American president. In eight days, the answer will be known.