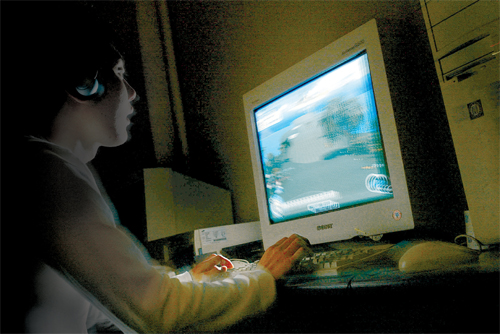 Kang Jung-il, a 14-year-old middle school student, has a slew of medical problems.

He has conjunctivitis in his eyes, tympanitis in his ears plus a mouth full of decayed teeth.

His medical records make him sound like an old-age pensioner.

Kang, which is an alias, hasn’t always been in such a state, but his physical and mental health have deteriorated since he became addicted to online games a year ago.

Kang began to immerse himself in his hobby-cum-obsession for seven to eight hours at a time after school while his classmates focused on their studies.

His mother tried to intervene by moving the computer from Kang’s bedroom into the living room.

Her son responded by getting hold of a pair of earphones and playing well into the night, ignoring his mother’s concerns about the negative aspect of gaming.

The tympanitis developed from using the earphones.

Kang’s mother said her son used to be a gentle person, always polite and well behaved.

But once he got sucked into the world of games, he developed a violent streak. If he lost a game, he would smash his computer desk with his fists.

Mrs. Kang was heartbroken when she finally acknowledged the severity of her son’s self-destructive predicament.

“You should stop playing games for so long,” she would say, only to be met with more violence. Her son would throw things off his desk at her.

Inevitably, Kang’s addiction resulted in poor grades at school. He slept through class, exhausted from hours of gaming the previous night, and whereas his grades had placed him among the top 100 students in his entire school prior to his addiction, the quality of his work began to suffer.

Kang’s homeroom teacher was aware of what was going on. She watched the gradual deterioration of her student and finally decided that enough was enough.

She recommended him to an addiction treatment program at the Korea Youth Counseling Institute, a government counseling and research organization. 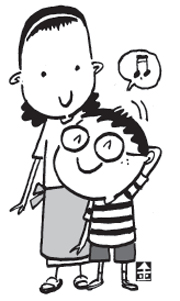 The 12-day program at the institute’s youth center in Cheonan, South Chungcheong, is known as the Internet Rescue School, and it was the answer to Mrs. Kang’s prayers and those of the boy’s teachers.

It is one of several organizations funneling efforts into trying to break the addicts’ habits.

For example, in Busan, the Korea Agency for Digital Opportunity and Promotion runs a program called the Intranet Addiction Prevention Counseling Center.

When Kang first joined the program that his teacher had recommended, he felt awkward about participating in program activities. He caught himself thinking, “I would be playing computer games if I was still at home…”

He even talked about games during an afternoon nap on his second day on the program.

However, he began to free his mind from his obsession when he took classes in horseback riding and pottery.

It wasn’t long before he was thinking less about games and more about the programs on offer at the camp.

Kang also received psychological counseling as part of the deal. These discussions indicated that Kang began to focus on games after his older sister left home to get a job and his older brother joined the army.

His mother, who owned a secondhand shop, often came home late and the other kids at school teased him about his mother’s job. 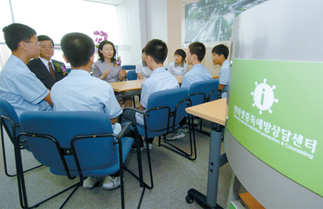 Home alone and with no friends, he found himself spending more time in front of the computer.

“Jung-il is still developing and therefore is easily susceptible to game addictions,” said Roh Sung-deok, a doctor who counseled Kang during his therapy sessions.

“Even a gentle person at his age in the wrong environment can become very violent. It’s important to get Jung-il back on track to realizing his dreams.”

Kang has said he wants to be an astronomer.

“It’s going to take about a year,” the doctor continued. “He has promised to complete his homework first and play games only after his mother comes home,” the doctor added.

The boy was apologetic about his past actions.

“I know my mother works hard to support me and I feel horrible about how I behaved in the past. I miss my mother the most at the moment,” he said.

The Internet Rescue School started last year, and there have been five programs to date. Of the 63 participants from the first four programs, 79 percent saw an improvement and 58 percent were close to kicking their addiction.

“The results from our camps are impressive considering the common belief that Internet game addiction is next to impossible to treat. But I believe we can set young people on the road to recovery by treating them together over a sustained two-week period,” said Cho Gyu-pil, the head counselor at the school.

Get them early is the mantra.

All 21 participants at the fifth Internet Rescue School said the indoor and outdoor activities on the program were much more fun than computer games.

“We usually only play [Internet] games because we don’t have much else to do,” said one participant.

Cho Sang-ho, not his real name, another 14-year-old addict, was seen singing along to the closing ceremony performance of his favorite R&B group, SG Wannabe.

“I got goose bumps watching those guys sing. I made a promise to my father to stop playing games and smoking and realize my ambition to be a singer,” said Cho.

Son Jae-hee, also not his real name and also 14, was a relatively well-known figure in the gaming world as he ran his own online game cafe.

“I always wanted to be a history teacher but I have lost my way recently. It’s not going be easy but I made a promise to my father to increase my study time in order to improve my grades,” said Son.

While the Internet Rescue School has left a positive impression on the young participants, it’s only the beginning.

“The participants have improved drastically over the course of the camp. We have provided them with a motive but it’s crucial that the parents play an active role in the children’s lives once they go home,” said Lee Young-sun, a doctor and counselor who works at the school.

To this end, the school held a seminar for parents on how to deal with children recovering from Internet game addiction.

The Korea Youth Counseling Institute is also working on other programs for older children.

“We hope to help cure not only Internet game addictions but also other problems that concern youths.”


How to prevent Internet addiction at home

-Even when a child persists, the parent must show she is in control of the situation by limiting the use of the Internet

-Once your child decreases Internet usage time by 30 minutes, do not pressure for additional decreases for a week or two

-Do not pressure your child into studying during the decreased Internet time. Instead, let the child enjoy activities he prefers for the time being

-Praise and commend your child for any small changes in behavior

>Learn how Internet addiction affects the rest of one’s life

>Learn to resist the urge to play games online

“I Can Do It” - Positive thinking

>Learn to use other means to deal with frustration and anger

>Plan for the future and one’s career

>Get involved in running, cooking, horseback riding and skateboarding as an alternative to online games