For Morrison, these songs are truths

For Morrison, these songs are truths 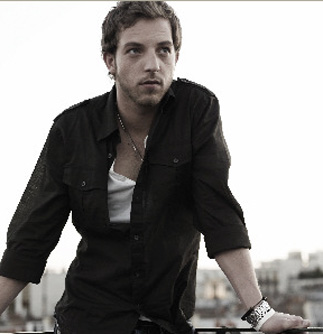 James Morrison has released his second studio album. Provided by the organizer

For many artists, a hugely successful album means pressure to follow with an even better offering. More so if the successful album is their debut album that shot them to international stardom. Such was the case of James Morrison, 24, an English singer, songwriter and guitarist.

For Koreans, Morrison is better known for his song “You Give Me Something” from his first studio album in 2006, “Undiscovered.” The song was played in a commercial and a sitcom, and is also available as a ringtone here.

Morrison’s is what one would call a typical success story. He learned to play the guitar at the age of 13, loved music so much that he sang in bars, got discovered, and now his songs are played around the world.

Two years after his debut, Morrison released a second album, “Songs for You, Truths for Me.” As with his first album, the artist wrote all of the songs, which he says were inspired by personal experiences.

“To me, there are truths in all the songs on the album that I’ve learned over the years and to you, they are songs,” Morrison explained. “Half of me was really nervous and felt the pressure [from the first album] and the other half of me was really excited to be writing new songs.”

It’s that candor and intimacy that make up the album. The trials and errors he experienced in life, love and relationships - perhaps what we all go through - are the major ingredients of Songs for You, Truth for Me. Added to them is a strengthened rock element as well as a more diversified style.

“My favorite is ‘If You Don’t Wanna Love Me.’ I love the way it creeps into a crescendo. And it’s a personal song for me. I’ve lived it,” Morrison said.

So can Korean fans look forward to meeting Morrison? The artist says he “really hopes so.” Reflecting on how he’s gone from a local bar to the world music scene, he said, “[It’s] proof that anything can happen.”