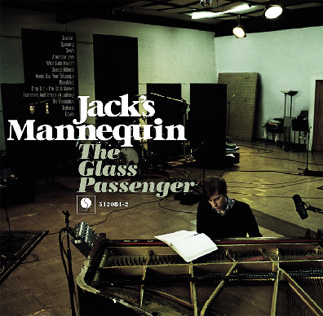 The band may be called Jack’s Mannequin, but the man at the keyboard is Andrew McMahon.

While 2005’s “Everything in Transit” was a lighthearted affair warmed by California sunshine, “The Glass Passenger” breaks even further away from McMahon’s pop-punk roots.

The piano is at center stage here, and McMahon has never played better. “Hammers and Strings,” a gorgeous, bittersweet lullaby, is named for the inner workings of the instrument, and up-tempo tracks like “Crashin’” reflect a fantastic, frenetic brand of piano playing. Other tracks, like the ethereal “Caves” and “Annie Use Your Telescope” reflect a musicality unseen in the artist’s previous works.

The only weak point here is the vocals. In “What Gets You Off?” and “Caves,” McMahon’s voice sounds strained and thin - a problem that seems to consistently plague him. But the album as a whole reflects an artist taking risks and growing, and the effort is laudable.