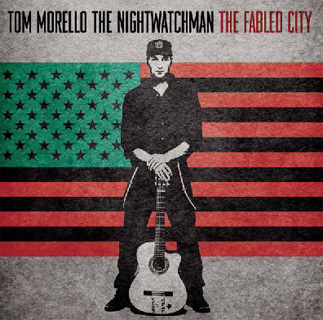 The album features acoustic folk music and Morello’s surprising baritone voice - to a point that it’s hard to believe this is the same guitarist who once blasted memorable riffs and solos on epochal rap-metal tracks like “Killing in the Name.”

The lead single, “Whatever It Takes,” would have made a decent Rage Against The Machine song if it had electric guitars and growling vocals. As it is, the song features Morello’s strongest vocals on this album backed up by a banjo.

“Midnight in the City of Destruction” is about Hurricane Katrina-savaged New Orleans, and Morello’s deep voice is straight out of the Leonard Cohen or Johnny Cash book.

At 44, Morello has mellowed from his Rage days. And we should all be lucky for that.