Who we are and where we’ve been

Who we are and where we’ve been 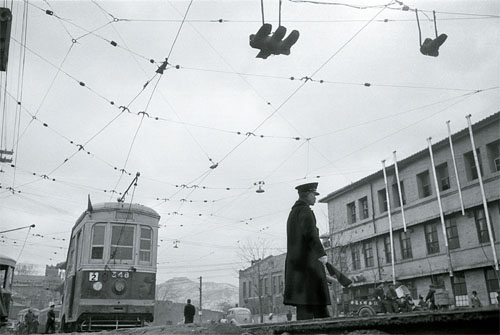 In many ways, “Then and Now: Memories of Future,” the title of this year’s Daegu Photo Biennale, is a telling reminder about the role of photography as a medium that traces and documents history.

In fact, the biennale, an international photo exhibition that takes place in the country’s fourth largest city, clearly stresses its point. It renews photography’s initial aim, which is increasingly devalued in an age flooded with digital reproduction.

As a main segment of the exhibition, the show brings together black-and-white photographs from Japan, China and Korea taken 100 years back mostly by Western envoys to Asia.

But the show does more than just present a linear display of historical archives. It poses questions about the possibilities of contemporary photography, touching on factors of technology, ethics and memory that also manipulate and challenge viewers’ perceptions of photography in a modern-day context. 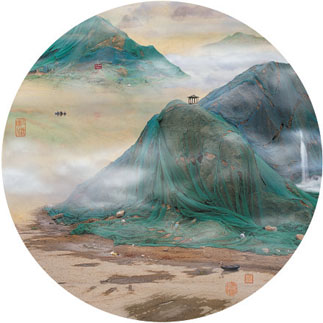 One of the ways it does this is to include works that border on documentary and fine art like those of Chung Yeon-doo.

The biennale’s effort to mix the two genres is also evident in the collaborative curation of the show’s two chief organizers - Koo Bon-Chang, a fine art photographer and Edward Kim, a documentary photographer and the former editor of National Geographic magazine.

Works from Japan, curated by Iizawa Kotaro, have been selected from among a group of young Japanese artists who are heavily influenced by the country’s pop culture.

In the section for Korean photographers, the organizer introduces 12 artists who present a distinct cultural map of Korean society since the 1990s; Chinese photographers reflect on the country’s major political changes.

In “Memories of the Past: East Asian Images from 100 Years Ago,” a section chronicling photographs from a century back, viewers get a clear sense of ideas of the orient seen from the perspective of the West. 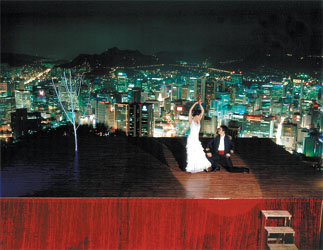 One of the revealing displays of the biennale comes from “Changing Social Landscape: Democratic People’s Republic of Korea: 1950-2008,” which dips into social changes undergone by North Korea during the last half century through documentary photos taken by world-class photo journalists including Margaret Bourke-White, Chris Marker and Edward Kim.

“A Day in the Life of Daegu” is a special collaborative work produced by local high school students, Daegu citizens and photographers about everyday life in the city.

The project illustrates how video cameras are used to demonstrate the democratic ideals of photography and possibly serve as the future of photography. 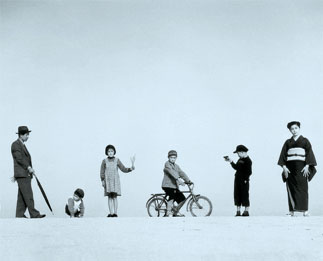 The Daegu Photo Biennale takes place through Nov. 16 at several venues in Daegu, including the Daegu Culture and Arts Center and the Daegu Citizens Center. Admission is 7,000 won ($5.50). For more information, call (053) 601-5052 or go to www.daeguphoto.com. 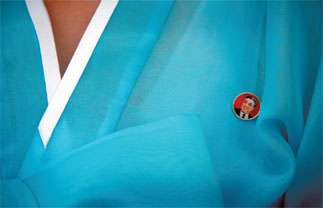