The sadness of Warhol’s muse

The sadness of Warhol’s muse 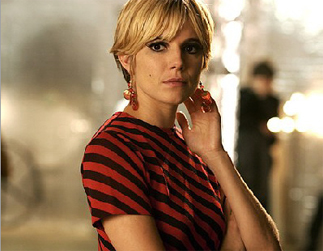 If “Factory Girl” intended to show only sensuous images, it did a good job.

The images overflow, sometimes in color and other times in black and white, centering on pop artist Andy Warhol’s studio, which was called The Factory.

But if the movie, which relates the life of Warhol muse Edie Sedgwick, intended to talk about a good girl - Sedgwick - who chose a bad guy - Warhol - it failed.

Factory Girl starts off following Edie (Sienna Miller) from art school in Boston to New York, the center of the underground art world in the 1960s. Warhol (Guy Pearce) is instantly attracted to the elfin beauty. She’s chic, rich and footloose and the pop artist prima donna invites her to his Factory.

Edie’s life changes forever as she stars in a string of Warhol’s movies. Her candle burned bright in those bohemian days but she was dead at 28 from a drug overdose.

We see little of the aura that inspired Warhol, though. It seems that Warhol was just a really bad influence on the socialite starlet.

In many ways, this movie just revives the movies Warhol made and focuses on how Sedgwick was once loved but then discarded by her mentor. The narrative stubbornly insists that Warhol is to blame for Edie’s precipitous decline.

White-haired Warhol is portrayed as a hard-boiled egoist. Deadpan and manipulative, he doesn’t seem to have any genuine human feelings. He rarely pays attention to Sedgwick during filming and when she falls into bankruptcy, she is abandoned by her Factory friends.

Warhol makes a striking contrast with the folk singer (Hayden Christensen), who is supposed to really love Sedgwick and is based on the character of the singer-songwriter Bob Dylan.

Dylan’s lawyer threatened to sue the producers so Bob’s not named.

To emphasize Andy’s cruelty, the singer, who is trying to save Edie, is made beautiful in the movie. But in real life, people say Sedgwick dumped Warhol for Dylan.

The movie never explains how the singer, who says he loves her so much, can leave her that easily and marry another woman. Is it because Warhol is responsible for all these bad things that happened to Sedgwick?

No doubt she lived a miserable life, because of Warhol or otherwise. Yet if you look at photos of her on the Internet, she usually looks sparkling. I’ve yet to see an unhappy snapshot of her.

An artist’s muse is easily forgotten, but the image of the muse lives on in the artist’s work.

And looking again at the smiling muse, perhaps there is a hint of sadness hidden behind the glitter.