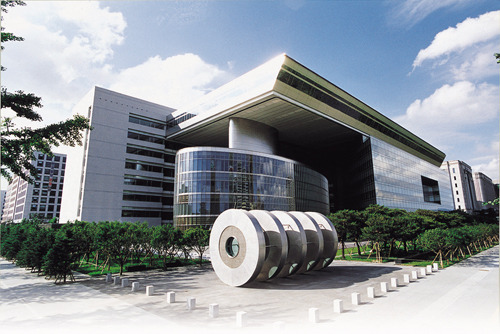 The fate of KDB, above, is up in the air. JoongAng Ilbo

They do not even want to study carefully whether rural economies will really die if regulations on the Seoul metropolitan area are eased, or whether the rural economy will survive if they pull the rug out from under Seoul. This is because the opposition is always against whatever the government does. Be that as it may, it seems, however, that even the governing party is not able to step out of the black-and-white logic of the opposition. We have nothing to say if they insist that it is just “politics,” but I feel sorry about the damage being inflicted on the national economy and the people’s suffering they cause.

In the political world, everything is interpreted in terms of “political logic” and calculated according to the political interests of politicians. They do not seem to care about the benefits to the people or the national interest. They are confined to the narrow perspectives of their personal interests or the benefits to their constituencies. They throw away or distort issues on which the fate of the nation depends. No matter how many public welfare bills, which are necessary to overcome the current financial crisis, pile up, our Assembly representatives do not care. As long as the bills are not vital to their political benefit, there is no reason for them to be interested.

It is fortunate that such political issues as easing regulations on the Seoul metropolitan area or revising tax laws are at least being discussed. But a significant number of bills are waiting to be discussed, but not getting any attention.

One of them is the bill to privatize the Korea Development Bank. Privatization was one of the core projects presented by the current administration when it started out. The KDB bill is emblematic of the plan to privatize public companies and a touchstone for the restructuring of the financial sector. However, the bill is now being neglected even by the governing party. The policy chief of the governing party has even mentioned that the privatization plan would be canceled.

In reality, there is no way that the privatization of KDB will be considered an urgent pending issue by lawmakers. Nor is it an agenda item that would light up the emotions of the people in rural areas like the easing of regulations in Seoul, and it is not something that would pour oil on the conflict between the rich and the poor as the tax law revision did. Moreover, the bankruptcy of a U.S. investment bank, Lehman Brothers, which KDB once considered taking over, have made things even more complicated. The plan to nurture a privatized KDB into an internationally recognized investment bank has gone wrong from the beginning.

President Lee Myung-bak’s remark, “Privatization of large-scale public companies like Korea Development Bank will be a loss, if we sell them now,” has also encouraged the opinion to cancel privatization. President Lee probably meant that if we privatize public businesses under the present circumstances, where the value of assets are falling because of the financial crisis, we will have to sell them at low prices, so it would be better to watch the market situation to carefully decide the timing of the sale.

This is not wrong at all.

The problem is that politicians misread the presidential remark as a call to stop the privatization of Korea Development Bank and review it later when the market is stable.

The opinion that it is better to prepare for privatization now, and delay the timing of the sale is misinterpreted as if proposing to postpone the privatization process altogether.

The policy chief of the governing party, Yim Tae-hee, says that the reason for delaying privatization of Korea Development Bank is because there is a problem in the privatization method.

The privatization method of the government was establishing the Korea Development Fund by separating the finance sector and restructuring the remaining financial businesses that compete with private companies in the form of a holding company.

Chairman Yim questions the propriety of the plan and proposes to remake the privatization plan from the beginning.

However, I wonder what he was doing when the privatization plan was made, and why he is suddenly opposed to it now. I wonder whether he is caught up in the interests of his constituents and the anti-privatization logic of the public company’s labor union, and is trying to incapacitate the plan to privatize public companies altogether.

The sale of KDB can be delayed. However, if the framework of privatization is not decided now, there is a high chance that privatization itself will not happen at all.


*The writer is an editorial writer of the JoongAg Ilbo.