Forget the diet, fat’s all in the genes

Forget the diet, fat’s all in the genes 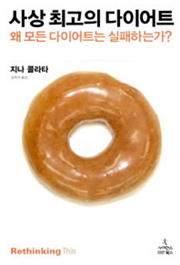 “Being fat is not something people have much control over. It solely depends on biological factors, such as genes, that decide the scope of one’s weight fluctuation,” writes Gina Kolata in “Rethinking Thin.”

Kolata came to Korea to participate in the World Women’s Forum recently.

She’s a science reporter for The New York Times and the author of “Ultimate Fitness: the Quest for Truth about Exercise and Health,” which argued that regular exercise might not be all that it’s cracked up to be.

Three hundred and sixty people weighting over 100 kilograms (220.5 pounds) each were placed in two groups. One went on a low-carb, high-protein diet and the other took up a traditional low-calorie, low-fat diet.

After six months, all the participants had become slimmer but as time passed, they got fatter and after two years, they were back where they started. Neither diet had led to better health.

Kolata notes that one’s genes are a major influence on weight and health, describing studies of adopted kids whose weight runs parallel with that of their biological, not their adoptive, parents.

The author is thin and always has been. She did not interpret the scientific evidence to rationalize her weight.

She said she lost the 5 kilograms that she gained after she gave birth. Her husband is also skinny, and likewise their two kids.

“If I were fat, people would criticize me for writing such a book, thinking I wrote to justify my size,” she said. By Lee Ji-young