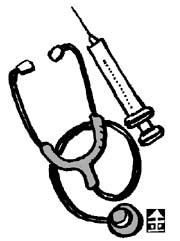 On Nov. 15, 1908, 36 Korean doctors gathered in Hanseong, (the name of Seoul during the Joseon Dynasty), to launch the predecessor of the Korean Medical Association which celebrated its centennial anniversary last weekend.

This was totally different from the West, where doctors engaged in fierce competition to receive such special rights. A scholar explains that Korean doctors missed an opportunity to establish professional ethics due to “suddenly endowed privileges.”

With the Japanese annexation of Korea in 1910, the association was disbanded, and the Hansung Physicians Association was formed five years later. It gained fame after resolving the “emetine case” in Yeongheung, South Hamgyeong, in 1927, when in an attempt to cure pulmonary distoma, a Japanese doctor injected emetine into patients. As a result, six people died, and 50 people fell ill.

The Hansung Physicians Association dispatched a team of investigators to the area. It concluded that it was a medical accident and intensified its pressure on the Japanese colonial government in Korea.

After liberation, the association changed names several times, and was once known as the Chosun Medical Association.

Medical education also underwent a profound transformation from a German-style focus on research to an American-style treatment-based approach.

During this time, the institution of medical specialists became active, as doctors enjoyed higher social and economic status than ever. Today, to be a doctor is a dream job.

Medicine saw unprecedented growth compared to a century earlier, both in quantity and quality. In 1949 after liberation, the number of doctors who returned from Japan and Manchuria came to 4,300.

We heartily celebrate the 100th birthday of the Korean Medical Association, but it is high time to join efforts with the public, rather than trying to isolate itself by creating inner circles.