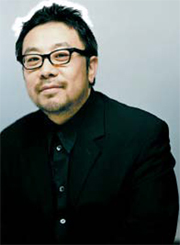 What do a singer, a K1 fighter, an assemblywoman, a photographer and a violist have in common?

No clue? Rain, Chu Seong-hun, Na Kyung-won, Kim Yong-ho and Yongjae O’Neill are among winners of the Style Icon Awards 2008, an annual event that singles out celebrities in various fields who have shown the most unique fashion style.

You may be wondering what these style mavericks have that ordinary people don’t.

It’s all about passion and character, according to Jung Ku-ho, chief judge at the awards and noted fashion designer of the Kuho brand.

And the winners gave the fashion pack a chance to judge for themselves at a recent party in a club in Cheongdam-dong.

Curiously, style icons are not often known for having classic good looks. K-pop star Rain is a case in point. And actress Jang Mi-hui, another recipient of this year’s Style Icon award, is known for the eccentric character she plays in a TV drama.

Rain has always had an avid interest in fashion, and isn’t ashamed to admit it. He’s mentioned his interest in clothes in many interviews, once even saying, “I will design my own clothes sometime.”

Jung says that Rain’s charms compensate for his flaws.

“He’s got small eyes without double eyelids,” he says. “He is nowhere near the perfect guy.”

Jung also believes the pop diva Seo In-young isn’t conventionally pretty, but looks arrogant and defiant, both traits that appeal to the public as being confident.

The same goes for Chu Seong-hun and Big Bang, he says.

Chu, a Korean-Japanese K-1 fighter who has appeared in several TV commercials, looks as if he could take down a pack of brawlers with one arm behind his back. Although his face is far from the classic Korean male ideal, Jung says his appeal is in his eyes, which look innocent.

Actress Jang Mi-hui is one of the most high-profile style icons of this year.

“Jang is always trying to improve her look,” Jung says. She stays fit by exercising three hours every day and knows how to choose dresses that complement her personal style, he adds.

It also doesn’t hurt that Jang is good pals with many fashion designers. But fashion experts say that her best-kept secret is this: Unlike many actresses of her age, Jang is not afraid to experiment with new styles - the main reason she’s a style leader today.

Jang has consistently been ahead of the fashion curve. One of her signature outfits is a bra-like T-shirt by Maison Martin Margiela, which she pairs with a plain jacket and pants to balance out the look.

Na Kyung-won, a style icon in the political arena, is in some ways like Jang. As a congresswoman, she stays in style while avoiding clothes that stand out too much.

She’s even earned the nickname “stylish elite” with her choice of elegant yet trendy suits that are a drastic break from the conventional style of female politicians in the past.

Son Ye-jin, the winner of the Best Actress title at this year’s Blue Dragon Film Awards, really shines on the red carpet. At the 2008 Style Icon Awards, Son wore a khaki mini dress.

But among 40-something women, no one beats the style of Kim Hui-ae, another actress.

Others, like model Jang Yun-joo, take full advantage of unique accessories to define their look. Jang’s fashion weapons of choice are bracelets and bangles, which she often chooses over earrings and necklaces.

Chu Sung-hun is a master of using accessories as well. His tailored suits fit his toned body, and he finishes his looks with handkerchiefs, scarves, watches and sunglasses.

Jung refers to actor Lee Jung-jae as “the style icon of the style icons.” Lee’s fashion sense best shows, Jung explains, in his ability to deliver a groomed look with a proper suit highlighted with ties and hats.

But the best accessory of all is hair, Jung says.

Jang Mi-hui, the actress, sparked a craze for short hair among older women earlier this year, while the singer Seo led the trend for “mushroom hair,” a round retro cut.

“People usually say things like shoes and bags are the finishing touch of a style, but hair is the most important fashion element,” Jung says. “As you can imagine, a perfect look with funny hair looks awkward.”