The art of negotiation

The art of negotiation 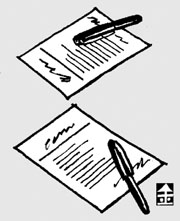 During the fierce campaign in the 1912 U.S. presidential elections, Theodore Roosevelt’s campaign manager found himself in a sticky situation. He was about to distribute 3 million campaign fliers when he realized that he couldn’t use the photos without the approval of their copyright holder.

Following copyright law would cost $1 per flier, or $3 million - over $60 million in today’s value - in total. Moreover, time was running out. So he wrote to the copyright holder, proposing that his campaign team would use the photographer’s picture and make his name known nationwide. He received a reply shortly after, giving a nod to the project. The total cost: $250.

This episode is legendary in the book of negotiation strategies. Things may not be so easy today, but skills are still valuable in the world of bargaining.

Richard Holbrooke, former U.S. ambassador to the United Nations, exemplified another case of skillful negotiation in 2000 when the U.S. Congress demanded a 3 percent cut in Washington’s contribution to the UN budget. To make it possible, he had to find other member countries willing to increase their dues to make up for the shortfall, but none agreed to do so.

He later discovered that most members had already endorsed their government budgets for 2001, so he requested increases in 2002, to which they agreed. It was thanks to Holbrooke’s timely findings that the dues dilemma, which had posed problems for many, was solved.

It would be wonderful if we could find this kind of sensible conclusion to the six-party negotiations on the Korean Peninsula. Condoleezza Rice, U.S. secretary of state, on Sunday announced that the next round of nuclear talks will resume in Beijing on Dec. 8.

During the last five years North Korea sat down with South Korea, the United States, China, Japan and Russia for dialogue to find ways to disable its nuclear facilities in exchange for economic aid and political concessions.

Talks have been stalled due to disagreement between American and North Korean officials over how to verify the North’s nuclear declaration and its nuclear dismantlement.

But the North won’t be able to go on starving its people by threatening the South with nuclear weapons. One South Korean government official in informal talks observed that North Korean officials didn’t appear to have the ability to draw agreement among themselves on what exactly they want.

If this is the case, even the wit of Roosevelt’s campaign manager or Holbrooke’s intelligence would be of no help, because the counterpart is not equipped with the ability to negotiate.