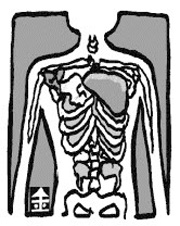 “‘Close the heart,’ Dr. Lillehei said. He went out of the operating room, leaving me and Dr. Ripley. The kid was alive and smiling a few hours ago, and was assured to run and play with his friends after undergoing a surgical operation. However, he died on the operating table because of my fault. His father threw up his hands in horror because of his son’s death. I sewed up his heart, while the father was staring at me in the dome over my head. I couldn’t lift my eyes. If I did so, I might have stopped working.”

This story comes from the autobiography “One Life,” by Christiaan Barnard, the South African surgeon who performed the world’s first human heart transplant in 1967.

The American surgeon Dr. Clarence Walton Lillehei was “the father of open heart surgery,” and Dr. Barnard provided support to him as a surgical assistant.

The department of thoracic and cardiovascular surgery is often seen as more full of drama than any other area in the medical sciences. Saving a life must be an exhilarating and rewarding experience for cardiac surgeons. However, if their surgeries aren’t successful, they suffer from severe stress and frustration.

A doctor and his patient go to heaven or hell together. Because of the dramatic nature of cardiac surgery, heart surgeons have been featured in many medical dramas on television, such as “New Heart,” “Surgeon Bong Dal Hee,” and “The Great White Tower.”

Cardiac surgeons lead exciting lives in the aptly named operating theater of a hospital. They are entrusted to carry out the mind-boggling operation of stopping a patient’s heart on purpose and then bringing it back to life.

The number of patients with heart disease continues to rise each year - mainly due to Western-style diets - overtaking lung cancer as the most fatal disease in Korea. However, hospital departments of cardiac surgery seem more like haunted houses of late, because no one wants to be weighed down with the many burdens and troubles of being in practice as a cardiac surgeon.

Only 18 people had applied during recruitment for next year’s residents. There were no applications to Konkuk University Hospital, where Dr. Song Meong-Gun works as the star surgeon of its Cardiothoracic Center.

Cardiac surgeons often recite the song lyrics, “Who but me will save a life?”

But if they continue to groan under their heavy burden, it will be difficult to take pride in their work with an easy and composed attitude.

It is imperative that we devise special measures to revive cardiac surgery.