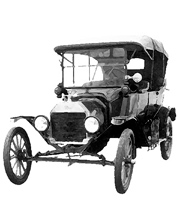 Lines and continuity are dominant images in modern capitalism. A railway is a prime example. Trains going straight have transformed the landscape by destroying mountains, while building a bridge over a river satisfies the human desire to dash at full speed.

Ways of thinking have undergone a dramatic change in terms of velocity and abstraction with the appearance of trains. Yukimasa Matsuda wrote, “Railways traveling in straight lines underscored their artificiality, where the history of lines began.”

The window of a train is similar to a cut in a movie film, as rails and railroad ties remind us of strips of film and their tiny holes. The typewriter is a machine for printing letters in a straight line of continuity.

It can be likened to a gun. If you use the keyboard (trigger), letters (bullets) will burst out. Matsuda said, “Such modern inventions as railroads, film, typewriters, sewing machines, lawn mowers, and food processing meat conveyor systems have all focused on the concept of ‘lines’ and succeeded in acquiring continuity. Fordism is a prime example of the mass production line.”

Fordism is a modern assembly line used in mass production developed by Henry Ford, the founder of Ford Motor Company. Every stage of a car assembly process was subdivided into simpler steps, minimizing the amount of time spent by one laborer on handling components on an automotive assembly line operated on a conveyor system. It has achieved remarkable success in production efficiency, high wages and a reduction in normal working hours.

Left-leaning economists expressed their concerns about the possibility of isolating laborers in a mass production line. However, as mass consumption was fostered as a natural consequence of mass production, this played a pivotal role in generating economic prosperity for Western countries. In the wake of the economic turmoil of 1970s and 1980s, the concept of “post-Fordism” began to appear, reflecting globalization, rapid developments in information technology, post-industrialization and destatization.

American automobile giants such as Ford are now reeling under a heavy blow amid widespread financial turmoil. This has led to the suggestion that cutthroat competition is bad.

The 1936 comedy film by Charlie Chaplin presented his deepest cynicism about Fordism. Even though the scene that Chaplin was force-fed by a “modern” feeding machine exaggerated reality, we need to bear in mind the proposition that what is most important in the era of capitalism is a human face at all times.

The writer is a deputy culture and sports editor with the JoongAng Ilbo.